'Sergio the sunbathing seal' takes a trip to Corbally's waterways 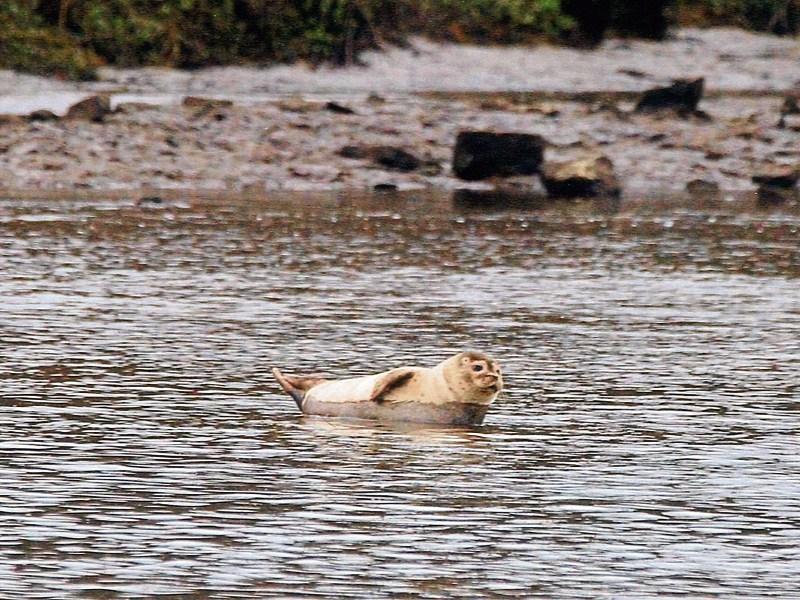 A SUNBATHING seal has been spotted along the low tides in Corbally in Limerick city over the past three weeks.

The adult common seal, nicknamed Sergio, was first spotted by local river enthusiast, Pat Lysaght and photographer, Tony Ryan, while they were watching kingfishers in the Mill Road area recently. When Pat noticed a rock moving in the distance, Tony used his lens to catch a clearer glimpse of the indecipherable object.

“I thought I saw a rock until it moved. He turned out to be the seal lying down on his side, taking in the sun,” Tony enthused.

This is the second time in three months that the two have come across a friendly marine visitor to the area.

In January, Simon the Seal came to visit Pat and was fond of his boat, which he uses to feed the horses on Thomas’ Island. However, Sergio is not a fan and swims away when he hears the motor running.

“Horses didn’t really bother him, though. He didn’t really budge. And he didn’t look sick either. He looked very healthy. He has been playing around here for around two weeks, and was there again this week. The other fella was curious and followed me on the boat, but this guy didn’t seem to like my boat. When I was on the boat, he would swim away. He keeps to himself, really.”

A spokesperson for the Seal Sanctuary can confirm that Sergio is healthy. They have advised people not to feed Sergio for their safety and the safety of the seal.

Pat said that wildlife is blooming nearby, as he has spotted a few rare, glossy ibises.