Over €30,000 raised ahead of Joanne McMahon's fundraiser 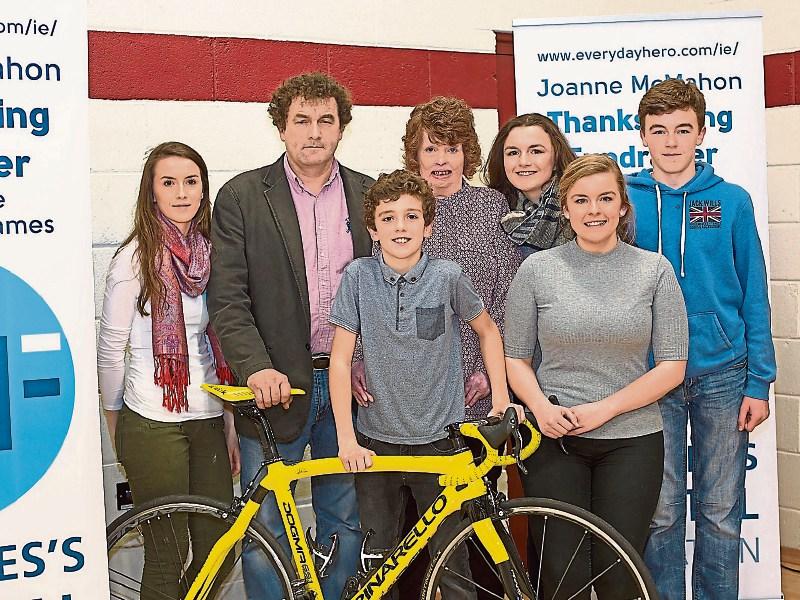 THE clock is now ticking down to April 17 when up to 1500 people are expected to take part in the Joanne McMahon Thanksgiving Fundraiser.

And up to 300 volunteers are currently being recruited to ensure the mammoth event goes off smoothly.

Meanwhile, the balance sheet is steadily rising and now stands at €32,000. “We are very well ahead of our best original target,” Liam Woulfe, the chairman of the fundraising committee said.

And the money continues to pour in as people in homes and communities throughout West Limerick organise their own fund-raisers for Joanne.

“The good will from people is tremendous,” Mr Woulfe added. Musical evenings, concerts, bingo nights and coffee mornings have all contributed while further afield, fund-raisers have been organised in Washington and Chicago, in Auckland, New Zealand and in the Australian cities of Perth, Melbourne, Sydney and Brisbane.

Now, Mr Woulfe said, their attention is focusing very much on Sunday, April 17.

“We have 300 hi-viz vests ordered for our volunteers on the day,” he explained. And volunteers are coming forward from all parts of West Limerick.

“My biggest hope is that we want to involve all those who have volunteered,” he said.

The committee is now asking the 500 or so people who took out sponsorship cards to return them, if possible, ahead of April 17 or on the day itself.

Registration online is free and each person will get a confirmation email and number.

But everybody taking part must check-in on the day itself at Castlemahon hall where there will be 20 signing in stations or where people can register. Voluntary contributions will be welcomed then.

Meanwhile, CDs of a concert held in Ardagh are now for sale and this Saturday,, bucket collections will take place in Abbeyfeale and Newcastle West.