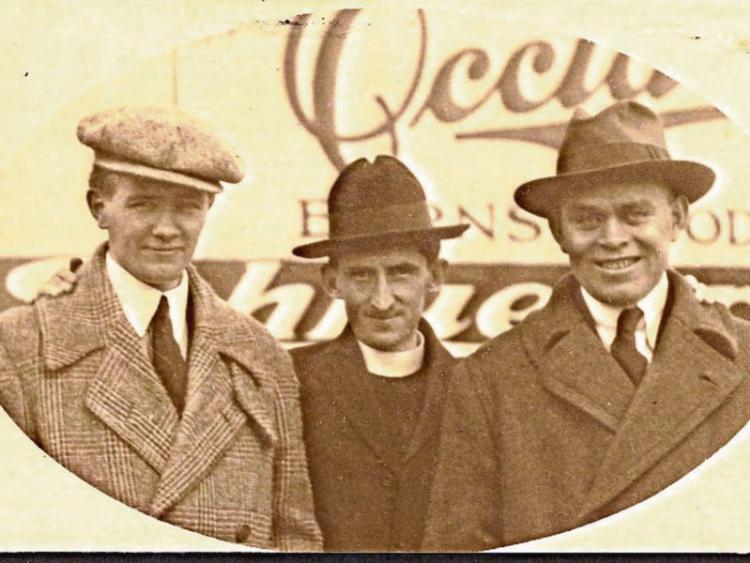 OLD photo albums dating back to 1916 which have come into the hands of Galbally man Tim Ryan have opened a window into that historic period in the country’s past.

The collections which are now 100 years old were compiled by Tim’s uncle Fr Peter Scanlan and will form part of a 1916 commemoration in Galbally on Easter Monday.

Fr Scanlan was a brother of Michael Scanlan, who was shot after escaping while being brought to William Street station in 1921. He is also a brother of Dr Gary Scanlan, who fought with the Cork City Volunteers and later served as a GP in Cappamore for many years.

A fourth brother; Jimmy Scanlan, took part in the rescue of Seán Hogan at Knocklong station in 1919. “The album was in America for many years as Fr Peter served as a priest in Oakland, California,” Tim explained.

“When he died, a cousin of mine brought back a lot of his stuff and then they came into my possession by degrees. There are a number of albums and there could be 200 or 300 photographs altogether between all the albums. They are now of historical significance, especially for that period of our history.”

Fr Scanlan took many of the photographs himself.

This Monday at 3pm local groups from Mitchelstown, Anglesboro/Kilbehenny, Ballylanders, the Glen of Aherlow and Galbally will march to represent the volunteers who mobilised in Galbally village on Easter Sunday 1916. A wreath will be placed at the monument, ballads will be sung and The Proclamation will be read.The main speaker will be John O'Mahony, who wrote the book  Frongach- University of Revolution.The Last Post and Reveille will be played by Joe Maloney, Knocklong. The Liam Lynch Memorial Pipe Band will attend and there will be light refreshments afterwards in the community centre where a slide show of the large amount of photos will be shown. There will also be an exhibition upstairs showcasing historic artifacts and photos. Everybody is welcome to attend.