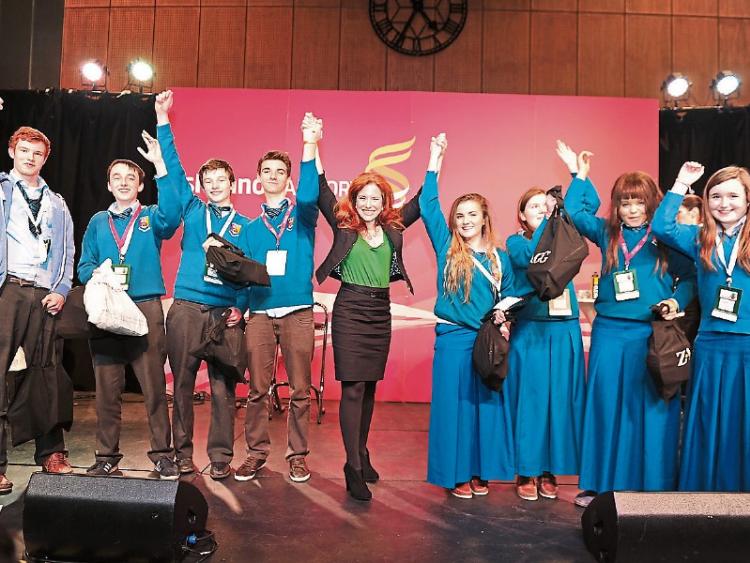 Dell’s entrepreneur-in-residence Ingrid Vandervelt celebrating with the winners of the inaugural ITLG Young Innovators contest in 2014, a team from Castletroy College who won a trip to Silicon Valley

MORE than 700 students from 60 schools across Ireland will descend on Shannon Airport next month for a major event for young business minds.

The event, which takes place on April 6, is designed to help in the development of key skills needed to meet the requirements of a competitive economy.

Youngsters – including a sizeable contingent from Limerick schools – will be given tasks to tackle, and product ideas to develop under the watchful eye of a team of mentors from Dell, Intel, Shannon Airport, the University of Limerick and the Limerick Institute of Technology.

Students will also be given insights into the future possibilities of technology and the sciences.

The first Young Innovators contest also took place at Shannon Airport back in January 2014, as the first day of the Irish Technology Leadership Group’s annual conference.

Then, part of the check in area at Shannon Airport was replaced with a huge swathe of students at a contest eventually won by a transition year team from Castletroy College. They were joined by more than 400 people from technology companies, research and development firms, academia and support groups like Coder Dojo.

Established in 2007, and headquartered in Silicon Valley, the ITLG is a non-profit group comprised of global technology leaders who are Irish or Irish American.