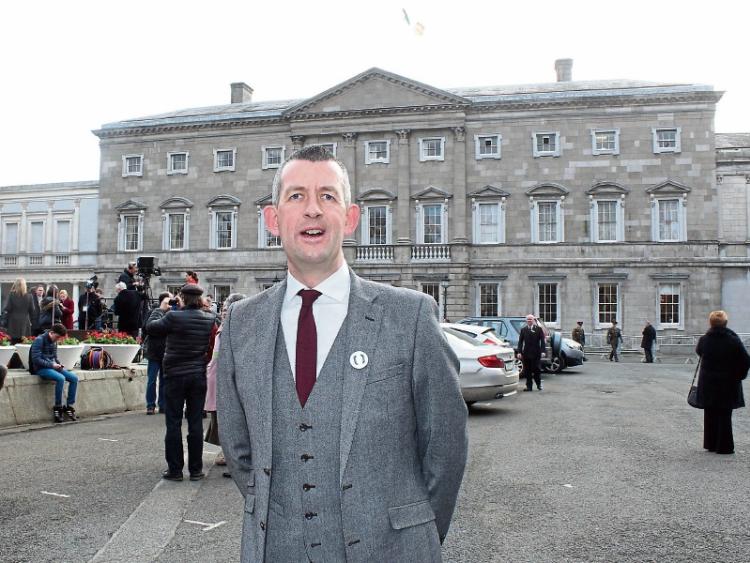 NEWLY elected Sinn Fein TD Maurice Quinlivan has made his maiden speech in the new Dail.

Mr Quinlivan contributed to a discussion on the homelessness crisis, describing it as "a national disaster".

He supported calls from his party colleague Jonathan O'Brien that the house should sit for three days to address the problem.

"The Moyross area in my own city of Limerick was once distinguished for having some of the finest public housing in the State in terms of design, comfort and overall quality,” said the newly elected TD for Limerick City.

“The neighbouring area of Ballynanty, where I was born and raised, was another area well known for generally good housing along with a great sense of community.

“Unfortunately, many of the houses in Moyross have been demolished as part of the so called Limerick Regeneration programme – which incidentally and by way of tragic irony, has been responsible for the demolition of way more houses than it has ever built," he told the Dail.

Mr Quinlivan –  ho took the second seat in Limerick City in the recent election – described the rate of homelessness in the State as "truly appalling".

"Many of those affected are people we know, people we grew up with, went to school with. And while the State has failed to provide adequate housing for its people it has also failed to properly resource services for the homeless. As a result more and more people are sleeping on our streets or wherever else they can find shelter. All this in a supposedly modern civilized European democracy."

He said the "dire situation" around housing must be a priority of any incoming government.

"My party has published properly researched and costed proposals to deal with the housing and homelessness crisis.  A policy which could deliver 100,000 new social and affordable homes and deliver security and certainty for tenants, and also support homeowners and buyers. All of us, however, should be open to any serious suggestion as to how to deal with this crisis," Mr Quinlivan added.