Call for Limerick company to engage with residents on cement plan

TECHNOLOGY: IRISH CEMENT WANTS TO REPLACE THE USE OF FOSSIL FUELS WITH TYRE BURNING 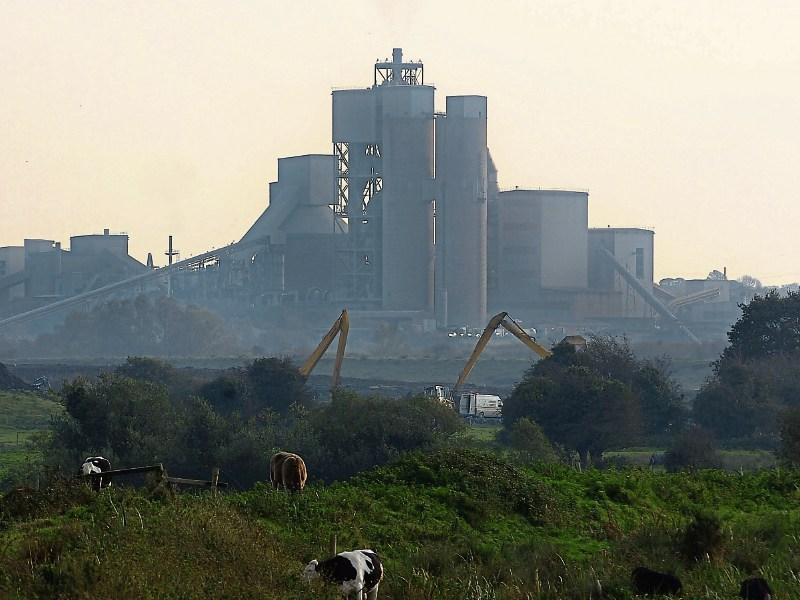 THERE are growing calls for Irish Cement to hold another round of consultation with residents over its plans for its Mungret plant.

Multi-million euro proposals will see the generation of cement by fossil fuels replaced with the burning of rubber tyres at thousands of degrees.

While the project will bring 60 jobs to the area, concerns have been expressed over the impact the burning of the tyres will have on the environment.

A number of chemicals such as dioxins and furans can be emitted as a result of this, it has been claimed.

Irish Cement has now withdrawn its application to change the way it operates in Mungret – but will seek a ruling from An Bord Pleanala over whether the project should be considered as a ‘strategic infrastructural development’.

If it is, An Bord Pleanala will administer a new application. If not, it will be done by council.

”I have been getting a lot of calls from concerned residents living in the Raheen/Dooradoyle/Mungret area regarding the proposed application," he said.

"I was surprised at the reaction of some of the other councillors who were quick to welcome the proposed alteration. I can [understand their concerns] because there was an incident only last summer where people woke up one Saturday morning to find dust all over their cars. There was a huge concern from a health and safety perspective,” he said.

However, he acknowledged the fact Irish Cement is a “long term employer” in Mungret, and “everyone welcomes the valuable employment”.

Cllr Daniel Butler, Fine Gael, also requested the company hold further talks with the local community, something he says management there acceded to.

“People are worried. It is in an area where kids are growing up. It is only reasonable have they have these concerns addressed,” he said.

Cllr Butler also said consultation would also debunk some of the myths that exist around the impact of burning tyres on the environment.

”If you Google it, there is a lot of information which would scare you. It is about being mindful that a lot of that information is not factually based,” he said, also pointing out Irish Cement would be bound by strict guidelines from the Environmental Protection Agency and European Law.