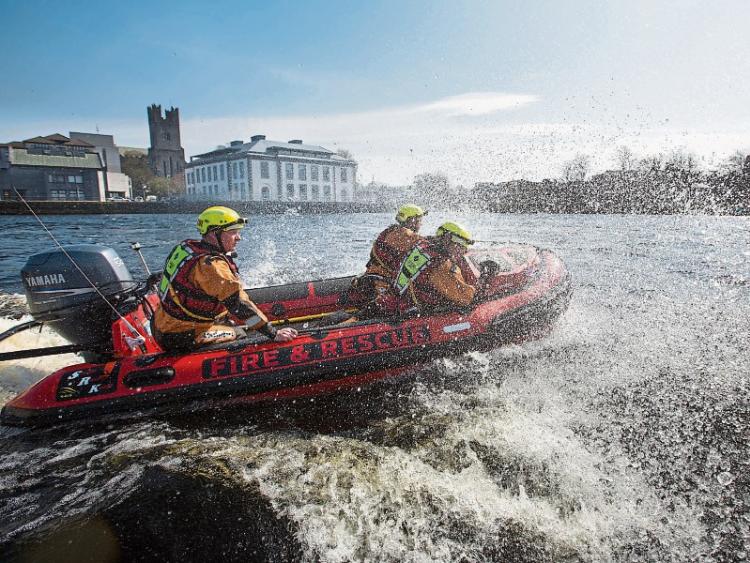 The fire service deployed its FireSwift boat during the incident

LIMERICK Fire Service rescued four teenagers who had become stranded and “disorientated" while walking on an island on the River Shannon in Limerick city.

The male teens, it is understood, were out walking on the island – located near the beginning of the Canal Bridge on the canal walk out from the Abbey Bridge in Limerick city when they became “disorientated” and alerted the emergency services after getting stranded.

Three units of the Fire Service attended the scene at around 8pm on Sunday, located the group and made contact with them, while the FireSwift safety boat was launched.

All four teens were carried to safety and were attended to by paramedics from the HSE, and it is believed that they did not suffered any life threatening injuries. Gardai also attended the incident.