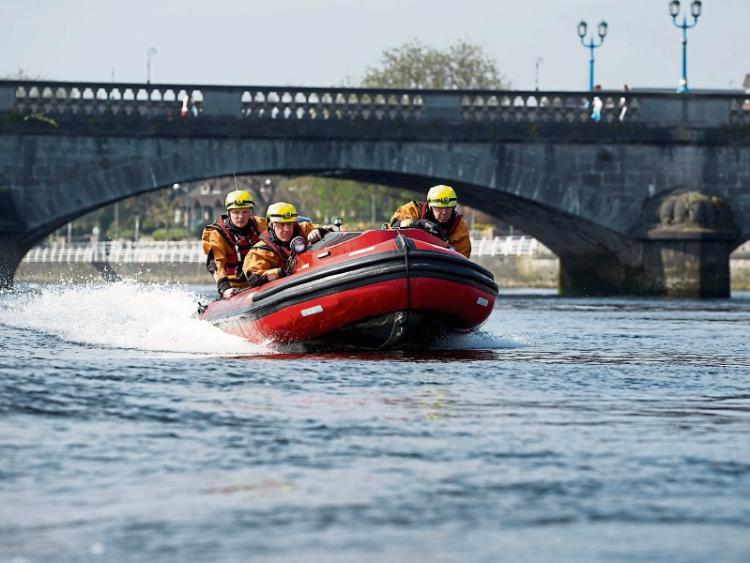 The FireSwift safety boat was deployed to deal with the incident

EMERGENCY services attended a river rescue at 6.30pm this evening, following an alert that a teenager was seen on an inflatable boat without power, in the River Shannon.

It is understood, upon arrival at Shannon Bridge, a young girl in her early teens was found aboard the craft without power. It is believed that the RIB (rigid inflatable boat) had been taken from behind Sarsfield House without permission.

The girl was uninjured and was taken into custody at Henry Street garda station.