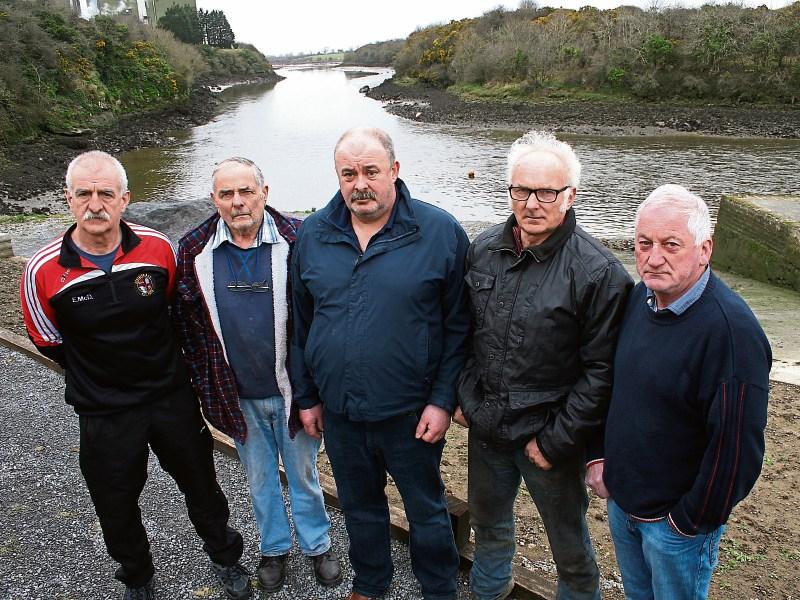 AN ambitious plan by Askeaton Swimming Club to develop a riverside amenity area on the banks of the River Deel in the town could be threatened by what club members believe is an “unreasonable” planning condition, requiring them to close an access road off the N69.

The club bought the former Southern Chemicals site on the riverbank a number of years ago and plans to develop it as a riverside park for the community, to allow activities such as kayaking, canoeing and other water sports. They also want to renovate the former factory to accommodate shower and changing facilities, meeting rooms and an indoor recreation area.

So far, the club has spent about €50,000 buying the site and creating a small picnic area in one part of it.

“It will be an amenity for the community for the future,” said club chairman Jimmy O’Donoghue.

Planning permission was granted for the project last June. However, one of the six conditions imposed as part of the planning was the the club put a barrier in place on a slip road off the N69, located about 500m away from the site.

They say this is not feasible as they do not own the land and they do not have authority to close access from a national primary road. Mr O’Donoghue said they have no issue with the council closing the road, but that they do not see it as their responsibility to do so.

“When they said that road had to be closed, I said that’s fine, you can close it. They want us to put up piers and a gate and close it, but it’s not our job to do that,” he said.

Mr O’Donoghue said they had no problem with any of the other conditions but that this one was not feasible.

“What would happen if someone comes down the road and tears into the piers. Who would be responsible then?” he wondered.

He pointed out that if the road was closed, the only access route from the town would be the narrow road that passes in front of the lighthouse keepers’ cottages and through an underpass with no footpath.

“We don’t want to cause any problems for the residents,” Mr O’Donoghue added.

The club has secured a €60,000 sports capital grant to carry out the work. However, this expires in August and they are concerned that if they cannot resolve the access issue, the grant will expire.

“We are more than willing to talk to them and come up with a solution, but we are at a standstill at the moment,” he said.

In response to their concerns, council engineer Robert Gallagher pointed out that there was nothing preventing the club erecting the barrier are required. This was a condition of planning, he said, and must be satisfied if the project is to go ahead.

He added that the club was made aware of the condition before it was put in place and could have appealed it at the time, but failed to do so.

“The condition is now in place and the only way I can see that it could be taken out would be if they reapplied for the planning permission.

“The reason why that condition was put in place in the first place is that Transport Infrastructure Ireland [formerly the National Roads Authority] regard it as a new access and they are not in favour it it.

“The would be putting a barrier on a road which is not a TII road. It is a local road and they have planning permission from the council to put that barrier in place,” he said.