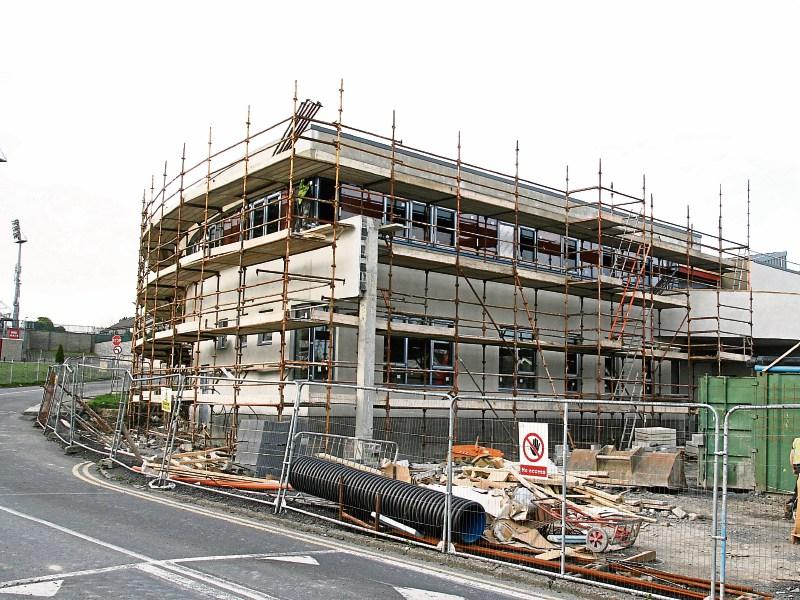 NORTHSIDE residents are taking legal advice over the construction of a controversial youth centre, claiming the contractor is starting work on site as early as 6.30am.

Ballysimon Road company Conack Construction has been contracted to build the Limerick Youth Service’s newest facility in the shadow of Thomond Park.

The project was largely opposed by locals, who were dismayed at the loss of one of the last remaining green spaces in the estate – and also feared anti-social behaviour. Now, their anger has increased with claims the contractor is working outside its allotted hours of between 8.30am and 10pm – and that the areas around the site have been “completely destroyed” by the dust of the building site.

In a formal letter of complaint to Conack Construction, Anne-Marie Stacke, who lives next door to the development, wrote “machinery is going full blast” as early as 6.30am, and as late as 11.30pm.

Limerick City and County Council has also confirmed planning enforcement officers have also visited the site in Ballynanty – and said it will initiate enforcement proceedings if any “further” planning breaches take place.

Ms Stacke said: “Around Christmas week one morning, it was 6.25am and all the neighbours were awoken by this horrific loud noise. I looked out of the window, and it looked like a hailo of stars flying around the sky. They were cutting steel on top of the roof at 6.30am.”

She said that last Thursday, “there were several workers still on site with generators going full blast for machinery to smooth out cement into floors. The noise was defeaning and could be heard all around the area”.

“The residents are sick to death of the dirt and potholes we have to face daily. The place is an utter disgrace. We have trucks and vans parked everywhere daily, including across footpaths and school children and residents have to walk on the roadway because of this,” she added.

Alan O’Donnell, who also lives nearby, described the condition of the roads as “like Pompeii before it started”.

“The place is in rag order, the place is full of dust, I cannot open my windows. I take care of elderly parents. They are old people, not very well. It is not fair to have work going on thie site late at night,” Mr O’Donnell said, pointing out the average age of the people on his road is 70.

A council spokesperson confirmed an inspector had visited the area on foot of a complaint from a resident, saying the main concerns were the condition of the roadway, and the contractor working outside the permitted hours.

A spokesperson for Conack Construction was not available for comment this Wednesday.

But in a communication with Ms Stacke, who made the initial complaint, company director Tom O’Connor apologised for the disturbances.

He insisted on the vast majority of days, workers are off-site by 6pm, “as we do not wish to cause any unnecessary disturbance to residents”.

Mr O’Connor also said a road sweeper has been organised to keep the roads clean.

He admitted staff are “under pressure to get everything finished”, as the project is due to be complete in the next six weeks.