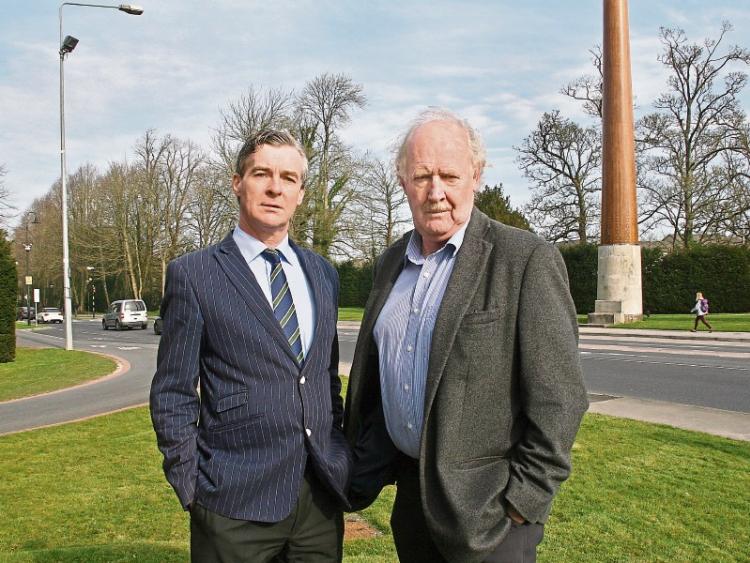 THE plight of two whistleblowers at the University of Limerick, who remain suspended, has led other former staff members to set up a support group to help “staff who have suffered distress in the course of their employment” at UL.

The support group has been established by Dr Niall Cahill, who was director of medical services on the campus for 15 years, and Jeremy Callaghan, a former director of student affairs at the university.

Speaking to the Limerick Leader about their motivation in setting up this group, Dr Cahill highlighted the cases of two female employees in the finance department who remain suspended 10 months on, and the earlier case of another employee, Leona O'Callaghan, who brought her concerns regarding financial matters in the university, which she also felt compelled to question, to the Public Accounts Committee.

“The university has largely been silent on all these matters. No apologies, no employee assistance, nothing. We believe they are good people who deserve support and this group will try to do what it can to support them,” said Dr Cahill.

Mr Callaghan said he was “dismayed but not surprised” by the findings in the Mazars report, which reviewed some of the allegations of the three women, all of whom worked in the finance department, and the policies and procedures in place at UL.

That review was established by the Higher Education Authority, after the cases of the three women were highlighted in the Limerick Leader, and then brought to a public hearing in the Dail, by Fianna Fail deputies Niall Collins and Willie O'Dea.

Both deputies confirmed to the Leader that their advice and knowledge has been sought by more UL ex-staff than just these three employees, and that they have dealt with “distressed” staff members across a number of departments.

Mr Callaghan said it is not just these three employees in the public domain who have disputes with their employer, and he is aware of a number of others whose cases are ongoing or who have left the university on bad terms.

“There are at least another five that I know of,” said Mr Callaghan. “One thing this group will do is provide a forum in which this information can come forward,” he said.

“We have no legal expertise and we have no money to obtain it. But we do have knowledge of the university system, and of this one in particular,” Dr Cahill said.

“We can seek to bring pressure to bear on the various authorities to resolve the issues that are still outstanding. We have written to local TDs and I have also written to the HEA, bringing a number of matters to their attention.

“Our group will give some confidence to those who feel that they are alone,” said Dr Cahill.

Mr Callaghan said that as they are no longer employees they will not feel obliged to keep quiet. “I notice a staff member writing to the Limerick Leader did so anonymously. Nor should it be forgotten that we have been staff at UL and that we genuinely have its interests at heart.

“It affronts me that an institution I gave my time and commitment to should depart so unnecessarily from accepted standards of decent behaviour, and I want to bring it back,” he said. “I have already said that UL needs to learn that those who are its strongest critics are also its greatest allies.”

Anyone who is interested in talking to the support group can contact Mr Callaghan and Dr Cahill by email, via  jemcallaghan@gmail.com and niallfcahill@gmail.com