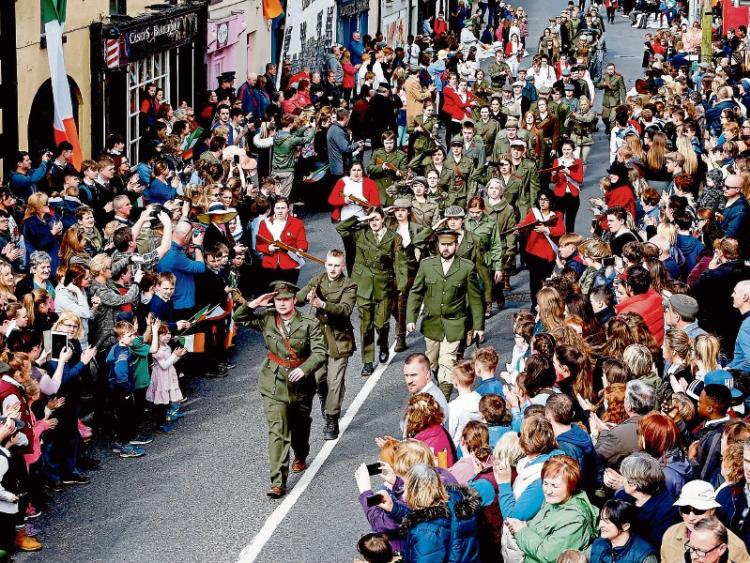 WITH stoic expressions they marched to the sound of a beating drum.

Dressed in full military garb students of Coláiste Chiaráin took up arms at lunchtime this Wednesday when they staged a re-enactment of the 1916 Rising on the streets of Croom.

Under brilliant spring sunshine they marched from the school to the centre of the town where events from the Rising were recreated, including the executions of the rebel leaders.

Thanks to the students’ superb acting ability along with the detailed costumes, horses, gunfire, and banners, locals felt like they were back on the streets of Dublin for the momentous occasion in 1916.

Giant banners  hung over the buildings to make them look like Rising landmarks such as Liberty Hall. “It was a great occasion to merge both the school and local community together,”  explained English and Media teacher Dearbhla Tobin.