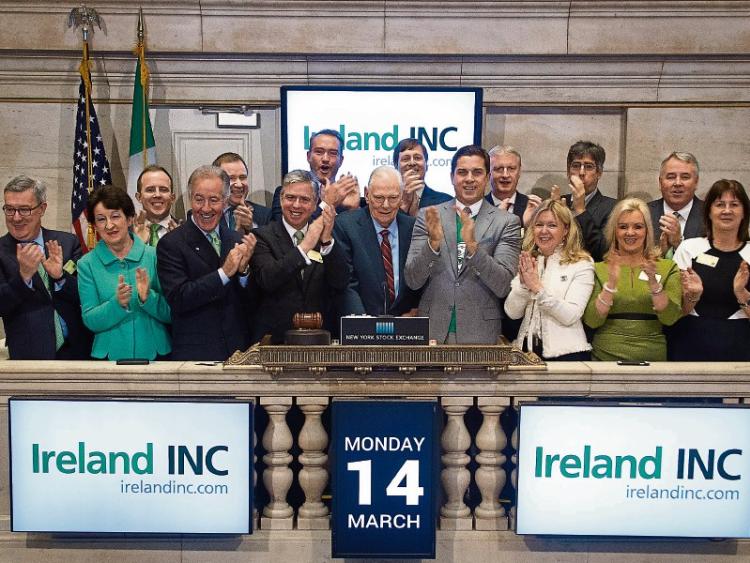 At a breakfast in Mr Biden’s residence, the politician remarked on his refuelling stops at Shannon, one of the great, great advantages” of his travel as Vice President, he said.

He had invited Ms Hynes to join him and “return the hospitality”. She had arranged for Mr Biden to attend private Mass services and Mr Biden praised the airport for its connectivity, calling for a round of applause for Ms Hynes.

“We are attending some of these key festivities to promote the Airport, Shannon Commercial Properties, Shannon Heritage, IASC and, indeed, the wider region,” she said.

“Vice-President Joe Biden’s breakfast was a really good example of just how deeply Shannon Airport resonates at the top level in the US. We have built a very strong relationship with him and his team over recent years and made a very special effort each time he transited the airport to make him feel welcome. It was a proud moment for all the team in Shannon.”

There was a proud moment also for Castletroy band The Corrigans, who were mentioned by President Obama in his speech at the Friends of Ireland lunch, attended by Taoiseach Enda Kenny.

”Now, it’s true that it’s not technically St Patrick’s Day, but that's okay. Most folks who celebrate it aren’t Irish either. I can talk about them because I am Irish, as I have been prone to mention on this occasion.

“Back in 2008, the Corrigan Brothers even penned a song called “There is No One as Irish as Barack Obama.” This is true. As the lyrics go:  “From Kerry to Cork, let’s hear it for Barack from old Moneygall.” And somehow that line did not result in cries for my birth certificate on the campaign trail,” he said, to much laughter.

Meanwhile, there was more good news for Shannon this Wednesday, with the resumption of the Stobart Air operated Aer Lingus Regional flight to Edinburgh. It will operate six times weekly and will result in an additional 35,000 seats this year.

The route was one of several axed in January of last year and now former Shannon Group CEO Neil Pakey had targeted the return of the UK regional services in the past year, with the Scottish capital at the top of the list.

Mr Pakey will now see out the remainder of his contract – which expires in June –  on leave. Company secretary Mary Considine has been named acting CEO in the interim period.