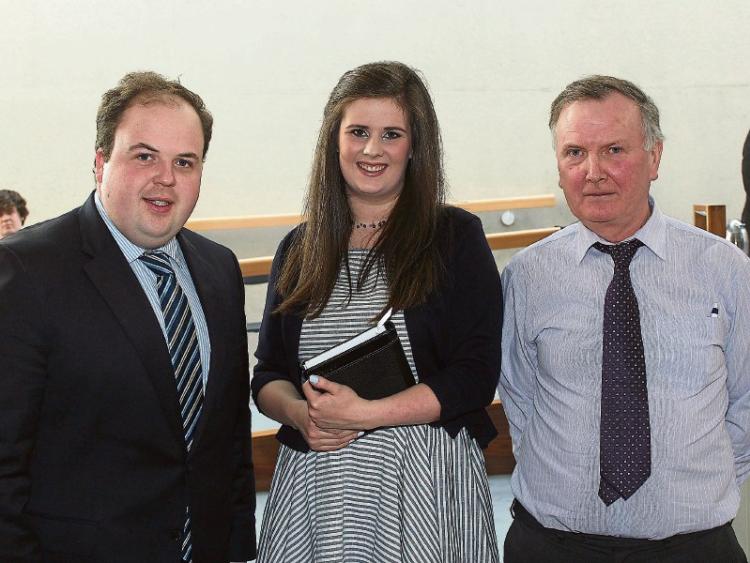 LIMERICK City and County Council has three new members – with a fourth to be added next week.

Following the general election, and the recent sad death of councillor Joe Crowley, four vacancies arose on the local authority.

Three of these were filled at this week’s council meeting, after Fianna Fail and Fine Gael held their respective party conventions over the weekend.

The late Mr Crowley’s seat on the northside was filled by his daughter, 23-year-old Vivienne Crowley, while the seat won in City East in 2014 by Shane Clifford –  who retired from politics at Christmas – was taken by Annacotty village man Joe Pond.

Meanwhile, in the county, the seat of newly elected Fine Gael TD Tom Neville was taken by Adam Teskey, a 26-year-old car salesman from Reens Pike near Rathkeale.

Sinn Fein will hold its selection convention next weekend to replace Maurice Quinlivan on the local authority, with the winner of this taking their seat on council next Monday.

Ms Crowley was given a standing ovation after she was officially co-opted onto City and County Council.

In an emotional speech, she said: “Filling my Dad's seat is a bittersweet consequence of his being taken from us far too soon. I can only hope to live up to his reputation as a passionate and driven councillor who loved both his community and party.

"Making Dad proud was never a difficult task for me or my brothers, Andrew and Hugh, as he relished even our smallest achievements. But I know he would be overjoyed to see me taking a seat on the council which he held in such high esteem.”

While Ms Crowley was co-opted onto the council unopposed, Mr Pond secured the backing of 41 out of 59 members of Fianna Fail in City East.

He said he was “dumbstruck” by the mandate he received, adding: “I could not believe I could command that kind of support. I'm delighted for myself, my family, all those who supported me and kept doing so since I was beaten two years ago [in the local election].”