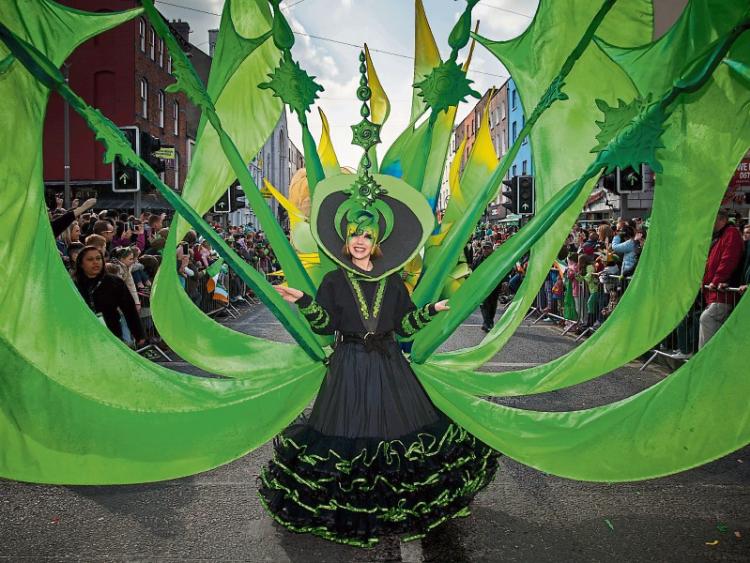 THE sun is expected to shine on Limerick for the annual St Patrick's Festival in the city.

Met Eireann is forecasting warm weather across Ireland on March 17, with no rain forecast. Temperatures could rise as high as 12 degrees celsius.

Thousands of musicians and performers are bound for Shannonside as two of the biggest events of the year will transform O'Connell Street into a festival of colour and sound.

An estimated 80,000 people are expected to line the streets of Limerick City to watch more than 4,000 parade participants from 100 different community groups, companies, bands and sports clubs from across Limerick and Ireland.

The theme of this year's Parade is 'Commemorate', which seeks to promote Limerick's legacy, its peoples and its places. Actor, director and playwright, Myles Breen is this year's Grand Marshall in recognition of his outstanding contribution to the arts in the Mid-West region.

Superstar pop duo Jedward have also accepted an invitation from Limerick City and County Council to take part in this year's Parade.

The pair - John and Edward Grimes - have strong family ties to Limerick, with their grand uncle Vincent Feeney who was a mayor of the city.

The St Patrick's festivities continue from 12 noon on Sunday when 1,200 musicians from 18 groups, including a 280-strong marching band from the University of Missouri, take part in the 46th Limerick International Band Championship.

Each band will be afforded three minutes performance time in front of the review stand and all the bands will assemble for a jamboree in Arthurs Quay Park after they have performed.

At Arthurs Quay Park, Mayor Galvin will present the Championship prizes which this year includes the inaugural Kenneally Jewellers Perpetual Trophy for the 'Overall Parade Champion'. The theme of this year's Parade is 'Commemorate'.

Mayor Liam Galvin said: "This coming week provides Limerick with an excellent opportunity to promote itself as a modern, thriving and vibrant city that we know and love to the rest of Ireland. It's also a wonderful family occasion and creates a sense of community amongst the wider public while enabling people to very celebrate their Irishness and the country’s national day."

Meanwhile, photography enthusiasts are being offered an opportunity to win €1,000 worth of Canon photographic equipment by submitting photographs capturing the St Patrick's Day Parade, the International Band Championship or Riverfest Limerick.