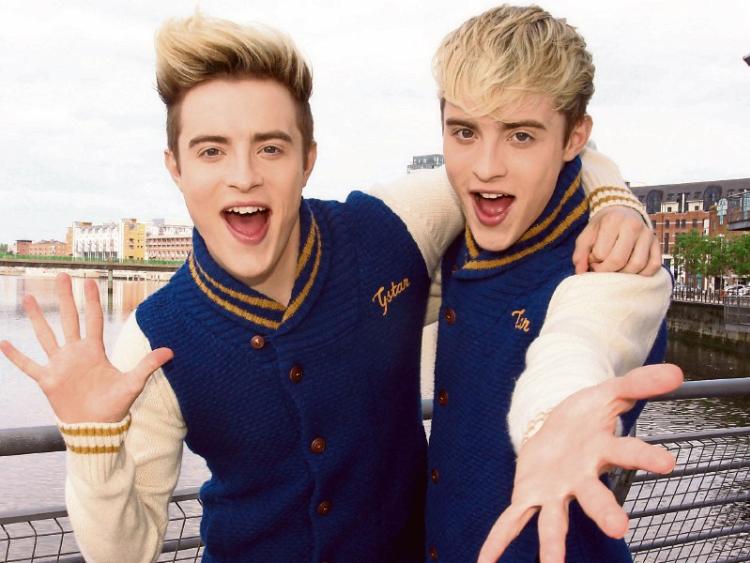 Jedward pictured in Limerick, will make an appearance at the city's St Patrick's festival

Edward and John, who have strong family ties to Limerick, said they are "honoured" to be taking part in the city parade during the centenary year of the 1916 Rising.

"Limerick is a beautiful city, which is full of history and I hope it becomes the European Capital of Culture in 2020," said Edward. "I enjoy visiting Limerick because we can reconnect with our relatives and our heritage. It is an exciting, vibrant city with lots to see and do."

Edward and John's father grew up in Mayorstone Park. Their grandfather Jim was involved with Na Piarsaigh GAA Club in its early days and their father John played with Na Piarsaigh, hurling at under age and adult levels. He was also the first club member to play Senior intercounty hurling with Limerick.  Coincidentally, the club will be taking to the pitch at Croke Park on St Patrick's Day for the All Ireland Club Hurling Final.

From 1965-1966, their grand uncle, Vincent Feeney was the Mayor of Limerick.  The Feeney family ran the Abbey Court and Imperial Bakery for many years, winning All Ireland Bakers of the year on a number of occasions.

Their aunt Miriam O'Kelly and grand aunt Ann Feeney and their families still live in Limerick, and John and Edward say they are hoping to see them at next week's parade.

Jedward's upcoming concerts include the Silvers Springs Hotel in Cork on Friday, March 25 and the Riverside Hotel in Limerick on Sunday, May 1. Jedward also play their first over 18's concert on Thursday, March 24 at Dublin's Button Factory.

Coordinated by Limerick City and County Council in support of Limerick's bid to host the European Capital of Culture designation in 2020, the 2016 Limerick St. Patrick's Day Parade begins from 12pm next Thursday.

An estimated 80,000 people are expected to line the streets of Limerick City to watch more than 4,000 parade participants from 100 different community groups, companies, bands and sports clubs from across Limerick and Ireland.

The theme of this year's parade is 'Commemorate', which seeks to promote Limerick's legacy, its people and its places. Actor, director and playwright, Myles Breen is this year's Grand Marshall in recognition of his outstanding contribution to the arts in the Mid-West region.