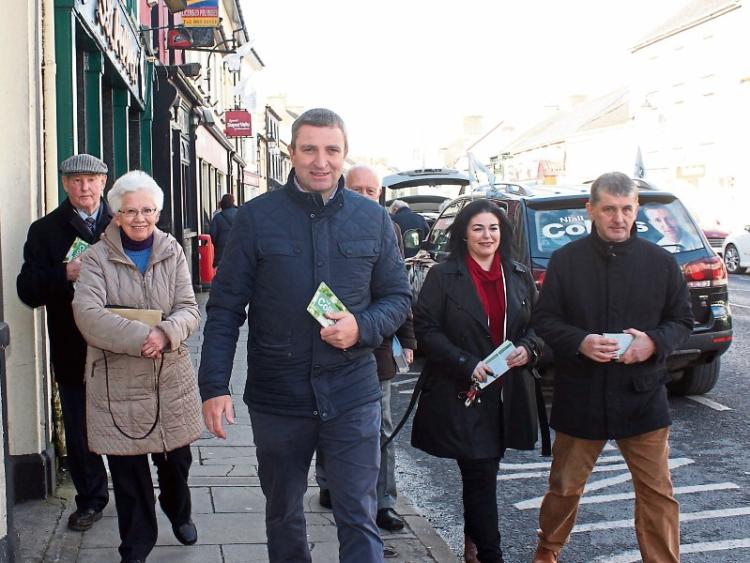 Deputy Niall Collins said the biggest issue on the doorsteps while he was on the campaign trail ‘by a distance’ was high-speed broadband Picture: Michael Cowhey

It says that the service will be a fibre broadband product that delivers 1Gbs. The number of houses/businesses to be covered in Limerick, as part of the initial 100,000-home fibre rollout, is 4,130.

Those homes will be connected over the next 12 months, Eir says.

Deputy Niall Collins said on the campaign trail that high speed broadband was the single biggest issue raised with him on doorsteps.

“And by a distance. I welcome this announcement by Eir. It is good news for some parts of Limerick but many more locations need upgrading as soon as possible. There is huge frustration out there.

“The state needs to intervene when the supply market is failing. There are lots of SMEs and a growing new community of people who now work from home - they need high speed broadband. It is vital to farmers because they do so much online now and the lack if it is hindering prospective growth in rural areas. “It is vital to everyday life in rural ireland,” said Mr Collins.

Seamus McElligott, who runs a planning and design consultancy in Lombardstown, Caherconlish, says broadband is “part of my life. After years of struggling with Telecom Eireann, Eir will be no different. It’s fine to make the exchange in Inch St Lawrence 4G enabled but the simple matter of the cable infrastructure will still be the salient problem, as I understand it.

“I abandoned Eircom and now depend on Vodafone. In terms of broadband I am fortunate to be near a tower belonging to Munster Broadband, who provide a reliable 5mb down and 3mb up into my home office.

“When I move out and about I have 4G on my phone and with the use of a personal hot spot to power up my iPad to reply to emails etc. I send large email files with drawings attached. I do believe that Eir will never be the solution for me. I am almost half way between Inch St Laurence 351 exchange and the Cloverfield 384 exchange so maybe its just my precise location,” said Mr McElligott.

It is not just a rural issue. Chris Crowley lives in Mungret. “For years we haven’t been able to get decent internet speeds from Eircom. In 2014, I moved to the UK for work and when I left we had a speed of 2mbs. I was assured by Eircom they would have fibre optic by the end of 2015. I moved back in August, 2015 and of course nothing had been done in our village .

“But what was more of an annoyance was surrounding towns – Clarina and Patrickswell - which are further from the city centre have been provided with two fibre optic cabinet, they are live and residents can get speeds of up to 100mbps.

”Strangely enough Clarina and Patrickswell are on the new gigabyte list. So while they already have fibre optic they will be upgraded to gigabyte internet in the next 12 months while no work is planned for Mungret yet we are a 10 minute walk from Raheen, which of course is a large suburban area,” said Mr Crowley, who works for Apple from home. He need a minimum speed of 5mbs which he cannot get so has to pay €80 a month for 4G mobile broadband just to work.

Mr Crowley has started a petition with a huge response from locals who share his frustration at the “lack of investment”.