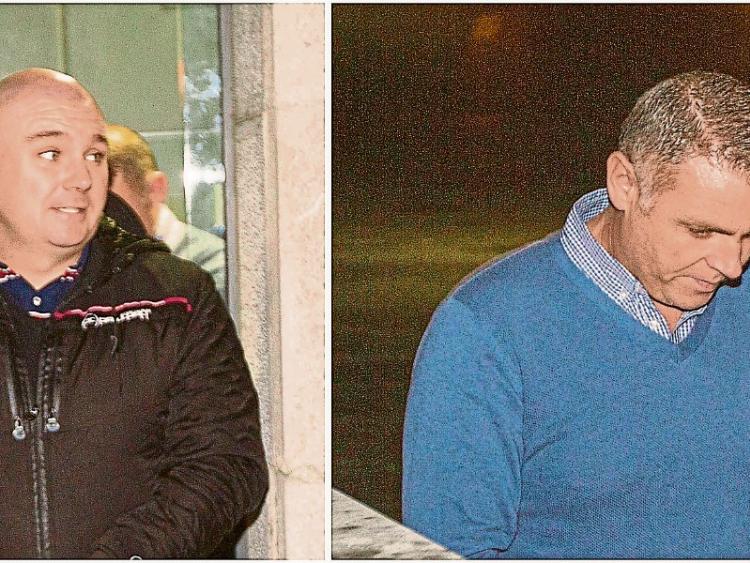 40-year-old Kieran Collopy, on the left, and his brother Brian Collopy, 43, are accused of possession of heroin for sale or supply

TWO brothers who are charged in connection with a significant drugs seizure intend pleading guilty to the charges, a local court has heard.

Kieran Collopy, aged 40, of St Ita’s Street, St Mary’s Park and Brian Collopy, aged 43, of Kilonan, Ballysimon are each accused of possession of heroin, worth around €50,000 for the purpose of sale or supply.

They were refused bail when they appeared in court a number of days later after gardai objected saying they feared they would flee the jurisdiction, if released.

Both men, the court heard, have links to overseas properties, and both have travelled abroad on several occasions over the last 18 months.

While formal directions have not yet been received from the Director of Public Prosecutions (DPP), it is expected the matter will proceed on indictment at Limerick Circuit Court.

Sergeant John Moloney said the garda file into the matter is at an “advanced stage” and he requested a four-week adjournment of the case.

Solicitor Con Barry said his clients, who appeared before the court separately, were consenting to the matter going forward to the circuit court on a “signed plea”.

He said the defendants were not objecting to the matter being adjourned for a month to facilitate the completion of the garda file and the securing of directions from the DPP.

Judge Mary Larkin noted the comments of Mr Barry and she remanded both men in custody until April 4.

She ordered that the brothers be produced in person instead of appearing before the court via video link.

If the case proceeds on a signed plea, as indicated, it will reduce the burden on the State.

Last month, both brothers were granted legal aid after objections to their applications were withdrawn.