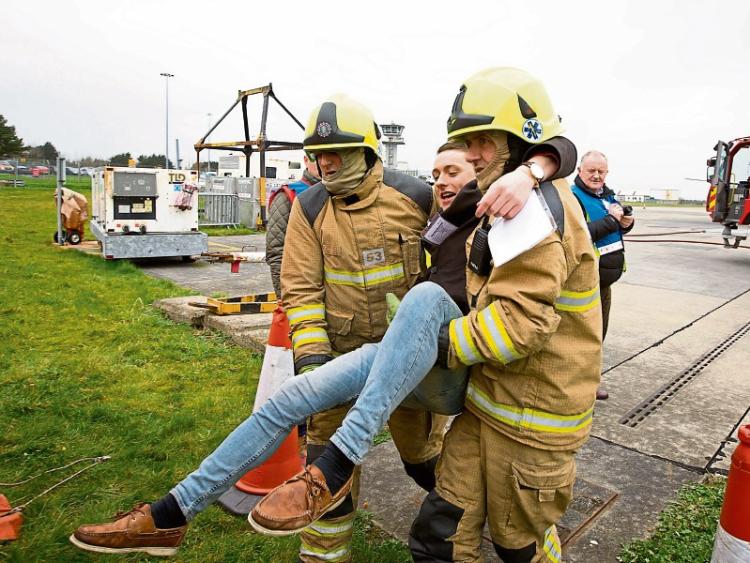 The crash-exercise at Shannon Airport this week Pictures: Sean Curtin/Fusionshooters

UPWARDS of 150 personnel were involved in an emergency drill at Shannon this week, as the airport tested its reponse time to a major aviation incident.

The three hour exercise, code-named ‘Exercise Shamrock’, was based on a simulated incident involving an aircraft fire adjacent to the terminal building.

The drill attempted to validate the “combined response of the airport together with the support of the primary emergency agencies and other key stakeholders that would react to any aviation incident”, according to a spokeperson.

“Crash-exercises are conducted every two years at Shannon Airport as a condition of its aerodrome licence and we use the opportunity then in conjunction with the other emergency services to test the regional major emergency plan and site specific arrangements for the airport,” said Niall Maloney, airport operations director. 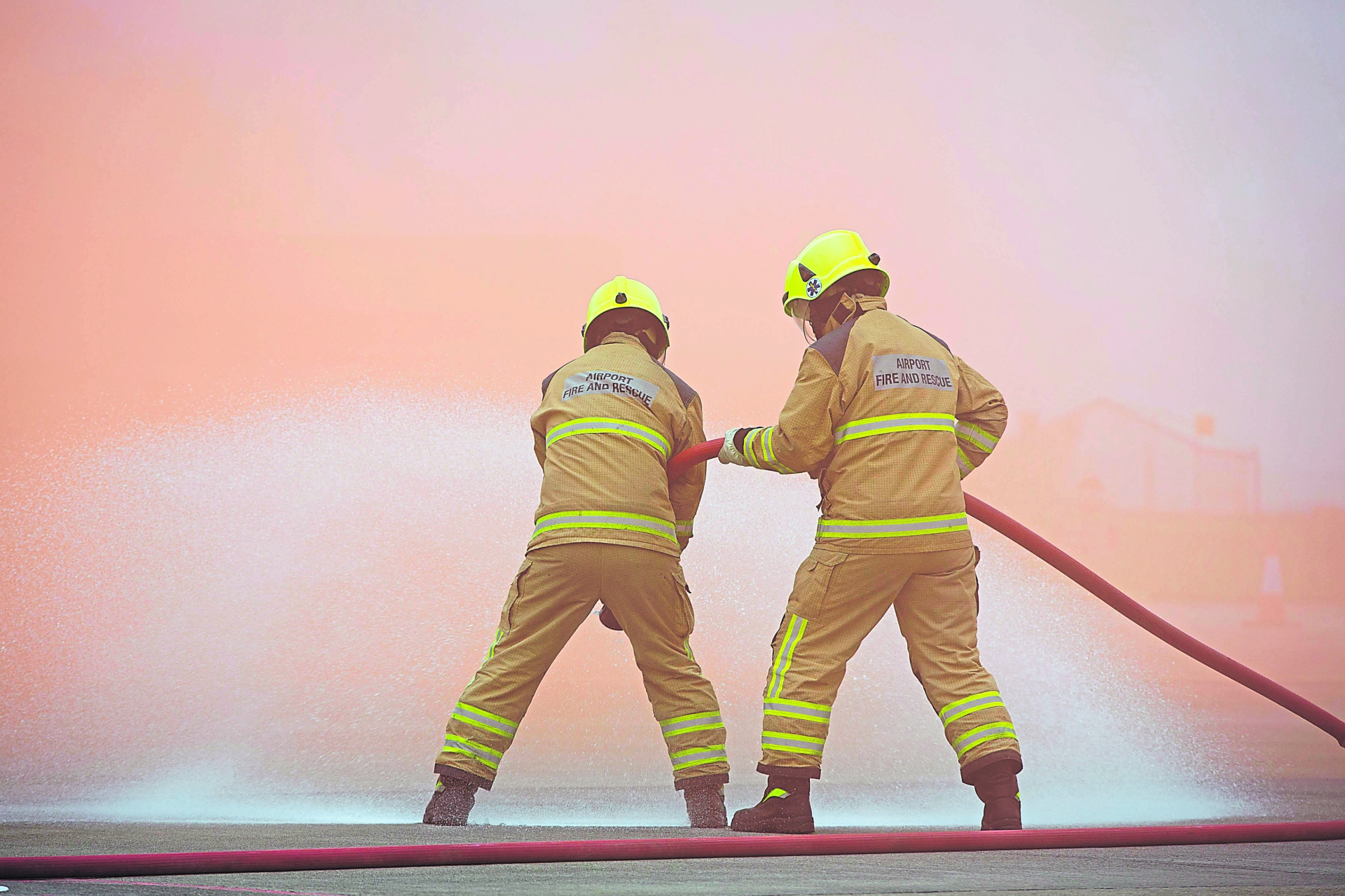 “The safety of our customer airlines, passengers and staff is paramount to us and today’s exercise allows us to test our readiness for a real life situation should it ever occur.  It is about ensuring that, if the worst case scenario happens, we and our colleagues in the other attending emergency services are adequately prepared to respond.

“In all in excess of 150 personnel across all agencies were involved in the exercise on the day and we would like to thank them all for this assistance,” he added.

Shannon has been used repeatedly in recent months for planes diverting for reasons of disturbance and emergency situations.

The airport also announced this week that an 18 strong team of Police Fire Service will march in the second largest parade in the US, the Boston Parade on Sunday, March 20.

Members of the police fire service, including those who hail from Limerick, will make a nostalgic return for St Patrick’s Day Parades in the US for the first time since September 11. Prior to that, an airport team had made an annual trip to the States for the festivities.

Shannon Group Chief Commercial Officer Andrew Murphy said the trip would provide a “huge promotional opportunity” for the airport with a potential audience of millions.

“Up to one million people will line the route of the parade, aside from those who will watch on TV, and that’s a huge audience for us,” he said. “Thanks to our daily and year round Aer Lingus service, Boston is one of our biggest US markets so the flying of the Shannon flag by the Airport Police Fire Service in the parade will be great promotion for the airport.”

Brian Casey, chairman of the Airport Fire Police St Patrick’s Day Committee, explained that the service “used to travel annually to the US for parades in the likes of New York, Boston, New Jersey, Florida and Savannah, but we stopped going out after September 11.

“The members here built up great relationships with their US counterparts and sadly two members of the Port Authority Police Department whom we had a close relationship with from our visits there, Tommy O’Gorman and Bruce Reynolds, died in the response on September 11.

“We have photos of them in our fire station at Shannon and we felt a real connection and particular sense of sadness over September 11.

“We are all really looking forward to the Boston parade as it will be a fantastic event but we will definitely have a moment or two to think about Tommy and Bruce.  A number of our guys went out to New York to meet up with their friends in the Port Authority fire services after September 11 but this is the first time we have gone to the US to march in a parade since,” he added.