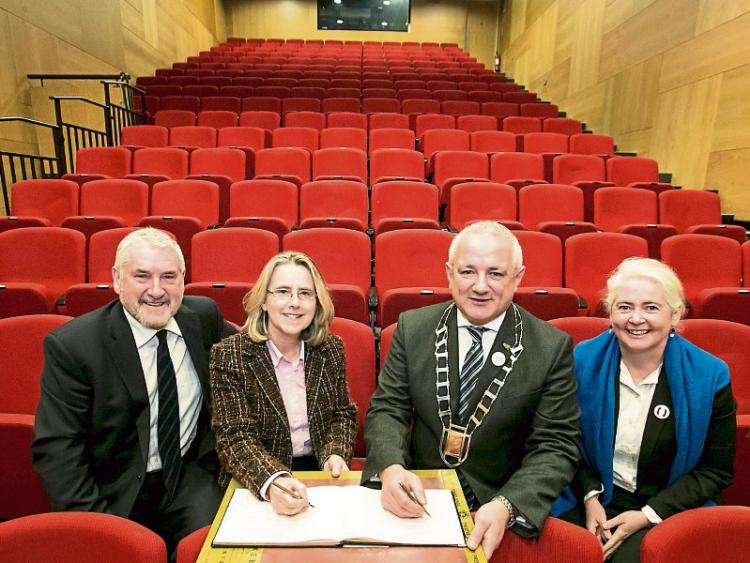 A NUMBER of appointments have been made to the Lime Tree Theatre and the Belltable, but it is the addition of Riverdance composer Bill Whelan to the ranks that catches the eye the most.

The Freeman of Limerick will join the board overseeing operations at the Lime Tree, while businessman Colm O’Brien, a key mover in the Bewley’s Cafe and latterly Savoy Theatre initiatives, will replace Brendan Lane as chairman of the eight person body.

Former general manager of Fishamble Theatre Company, Marketa Dowling, has been appointed to the position of programme manager at a rebooted Belltable, which has come under the auspices of the Lime Tree following the signing of a service level agreement with the council.

Lime Tree boss Louise Donlon said she was “delighted” with the appointments.

“We are delighted to get somebody of her calibre - she has got years of experience in theatre specifically, but other formats as well,” Ms Donlon said of the new Belltable programme manager, who will take up her position later this month.

“We are very excited about what is ahead of us; she is joining a small but very committed team and I think she will be just as committed to the role.”

On the shake-up of the Lime Tree board, Ms Donlon said that businessman Colm O’Brien, the founder and CEO of Carambola Kidz, a school lunch business tha employs 80 people and is headquartered in Annacotty, would bring “a business acumen, a huge interest in theatre, an enthusiasm and he is a great motivator, so I think he will be an enormous addition”.

“I am really looking forward to working with him, as are all the staff and other board members,” she said.

Riverdance composer Whelan, whose new musical The Train premiered at the Lime Tree last year, would be “ an enormous addition to the board”, she said.

“It is very important that we would have people with a mix on the board and he is somebody that has the kind of experience and broad range of backgrounds that he has. He is such a dedicated Limerick man and yet is an artist of worldwide stature.”

Ms Donlon paid tribute to Mr Lane, who had been “an excellent leader of the organisation”, she said.