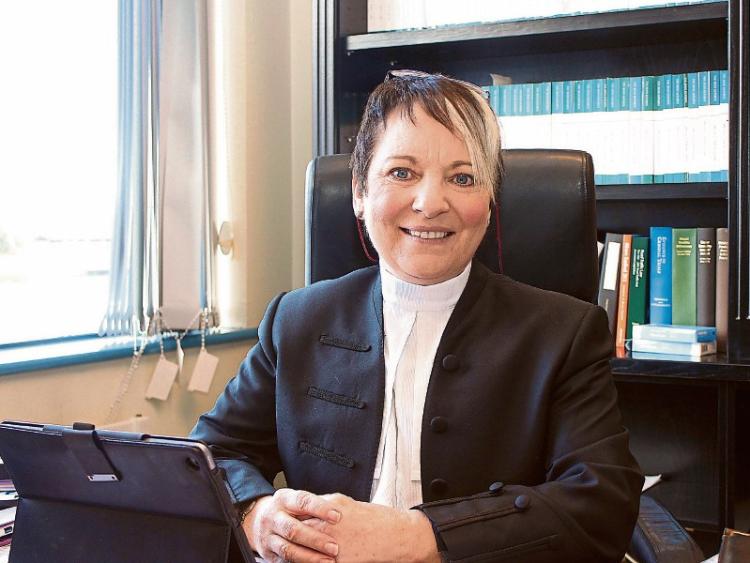 A JUDGE has requested written legal submissions in the case of a Polish woman who crashed into a roundabout while over the legal alcohol limit.

Marianna Szufla, aged 35, of River Dock House, Dock Road has pleaded not guilty to a number of charges, which relate to an incident in Castletroy on April 1, last

In her evidence, she claimed she was being pursued by her former partner and was in fear for her safety when the accident happened at around 11.30pm.

Garda Laura Egan said when she and a colleague arrived at the scene of the single vehicle accident on the Groody Road, Ms Szufla was being treated by paramedics.

She said the airbags in her 00-registered VW Golf had been deployed and that there was blood of the driver’s airbag.

The defendant, who spent three days in hospital following the accident, admitted, at the scene, that she had been driving the car and she subsequently supplied a urine sample, which showed she was over the legal alcohol limit.

Garda Egan told the court that a number of weeks later, the defendant contacted her and informed her that she had crashed because she was being chased by her former partner.

“She told me she was having difficulties with him and that she was trying to get away from him.”

Judge Marian O’Leary was told the defendant and her former partner have a child together but that he is married to another woman, who lives in another part of the city.

Garda Egan confirmed that the named man was present at the scene of the accident on the night having arrived there in a separate vehicle.

She said he gave a false name and became aggressive when problems with his own car were raised with him by gardai.

Two independent witnesses, who attended the scene, told the court Ms Szufla and her former partner had a verbal altercation on the side of the road following the accident.

In her evidence, Ms Szufla said she was driving home from a local shop when she observed her former partner emerging from the car park of her apartment complex.

She told the court he had been calling her and texting her earlier in the day and that, as a result, she was afraid and  panicked.

She described in detail her journey to Castletroy claiming that she “just wanted to go to his wife’s (house) to get them to leave me alone”.

Being cross-examined by Sergeant Donal Cronin, the defendant  admitted she had drank a glass of wine earlier in the night and that she was texting her former partner when the accident happened.

In his submission, Sgt Cronin said the journey taken by the defendant  was “completely unnecessary” and he added that he did not believe the defence of duress applied given the nature of what unfolded.

Solicitor Sarah Ryan disagreed and urged the court to dismisses the charges – given the evidence of her client, who has been living in Limerick for some time.

Judge O’Leary said “very significant legal issues” had been raised and she adjourned the matter to April to allow both sides submit written submissions.