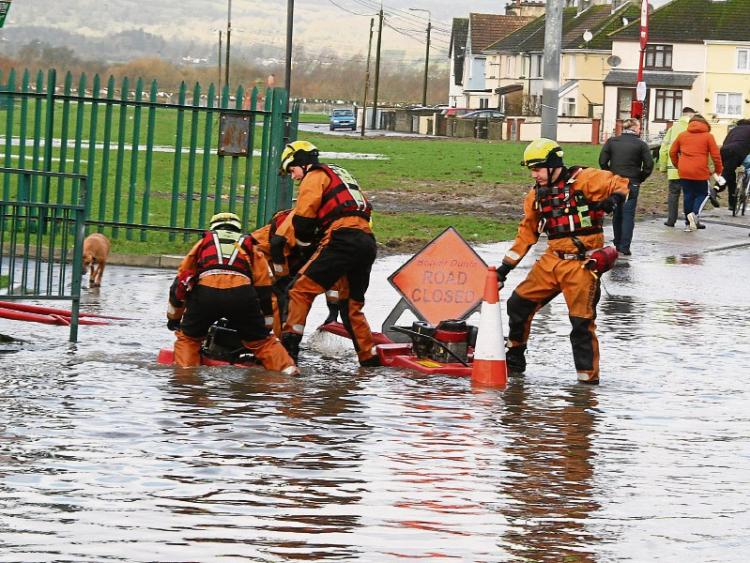 The inititiative was part of Limerick City and County Council’s King’s Island Flood Relief Scheme, which is due to completed in 2020. Efforts to tackle flooding at Verdant Place have been “fast-tracked” due to it being the lowest-lying area on the island.

Sinn Féin’s Maurice Quinlivan, who made his first public appearance at the community centre as a newly elected TD, said that previous Governments had “failed” to represent St Mary’s Park residents.

While he is “glad” that this scheme is pushing ahead, he said it needs to be approved by the public and the council “as soon as possible”.

He added that he will be campaigning for improved flood defences in the Dáil, as soon as Ministers are appointed.

Outraged residents have said that the problem lies with floodwaters that enter via Verdant Place.

Proposed flood defences along Verdant Place will be constructed near Thomond Bridge and will extend to the community centre.

Works include flood defence walls, a new pedestrian footpath from the bridge to the community centre, and a new one-way traffic system.