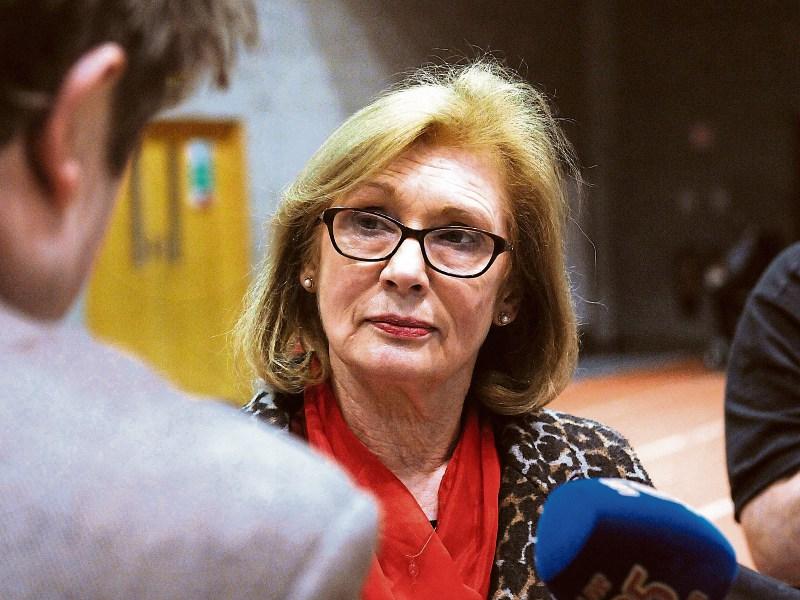 IT was back to the cabinet table yesterday for Finance Minister Michael Noonan and Education Minister Jan O’Sullivan following their election in Limerick City.

The pair, who took the third and fourth seats respectively in Limerick City, were at Government Buildings in a bid to discuss the options for the next administration.

With the election showing no outright winner, Fine Gael and Labour are expected to remain on in a caretaker role to conduct the essential business of the state.

Speaking to the Limerick Leader, Ms O’Sullivan – who constitutionally retains her ministry until she is replaced – refused to rule out the possibility of the handful of remaining Labour TDs being part of the next government.

But she feels it is more likely to be a minority Fine Gael administration, supported by Fianna Fail.

”It depends on what programme is put forward. But the idea of us wanting cabinet seats is the furthest thing from our minds now,” she said.

“I think the most obvious thing now is a Fine Gael probably minority government with the support of Fianna Fail. I think that is the only thing which is workable.”

Ms O’Sullivan does not believe a coalition supported by “a whole pile of disparate independents is going to work.”

”Maybe the future will prove me wrong on that. But I know from my own experience when you are in government, you have to do things. You have to make decisions, you have to bring legislation,” she said.

As for the future of the Labour party, which has seen its Dail seats decimated in the election, she added: “We believe we should take our time, we need to talk to people who have lost their seats. We need to have a good hard look to our members, and talk to people in our constituencies.”