Unique Limerick proposal - via Tinder and the mart - on Leap Day 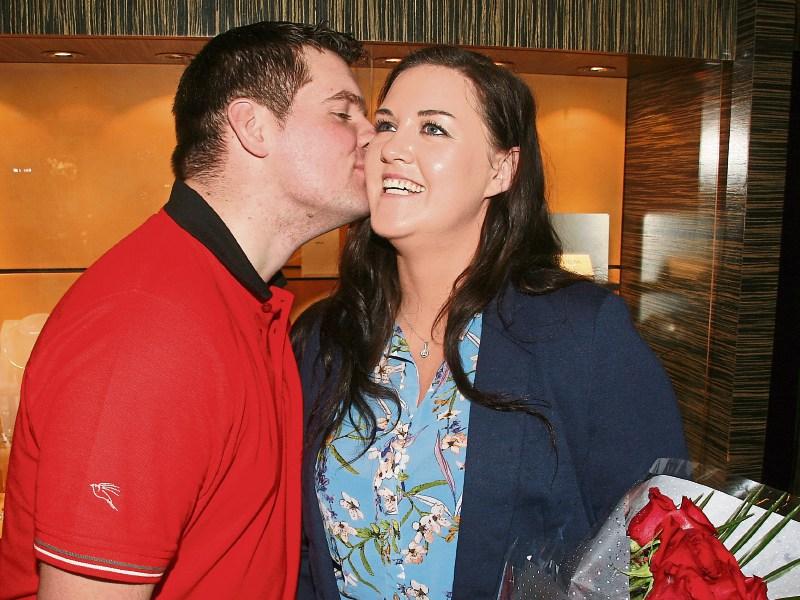 STEPHEN O'Kelly thought he was bringing a bull to the mart in Limerick this Monday morning, but instead it was his girlfriend who took the bull by the horns - and asked him to marry her this Leap Year day.

Girlfriend Grainne McAuliffe, whose parents were in on the act, helped to orchestrate the proposal, after she won an engagement ring worth €2,000 through a Leap Day competition, in association with Tadhg Kearney's jewellers and Limerick's Live 95FM.

The couple, both aged 27, who live just a few miles from each other but had never crossed paths, met on the social dating website Tinder eight months ago and romance blossomed.

Stephen, who works in Zimmer in Shannon, was asked by Grainne's mum Pauline if he could help her bring a bull to the mart this morning, and like a good future son-in-law he duly obliged.

But as the big day drew closer, she made up an excuse and told him she had a tooth ache and had to go to a dentist in the city.

Her father Simon instead asked him to accompany him into town, under the pretext that he wanted to buy a book in O'Mahony's.

Grainne then urged him to go to five-star Savoy hotel on Henry Street - where they had their first date - with her, as she had a voucher that she needed to use up before it expired.

Stephen, from Croom, suspected nothing until he sat down in the hotel and a bottle of champagne and an ice bucket was brought to his table, followed by a bouquet of roses.

It was only when a violinist approached the table and began to serenade him, in advance of Grainne's arrival, that he started to sweat a little.

"I just sat down, like normal," he explained to the Limerick Leader. "When everyone started coming over to the table, I rang her and said 'What have you planned? She kept saying 'I've nothing planned, nothing planned'. My hands were shaking when she asked me."

And of course, he said yes. 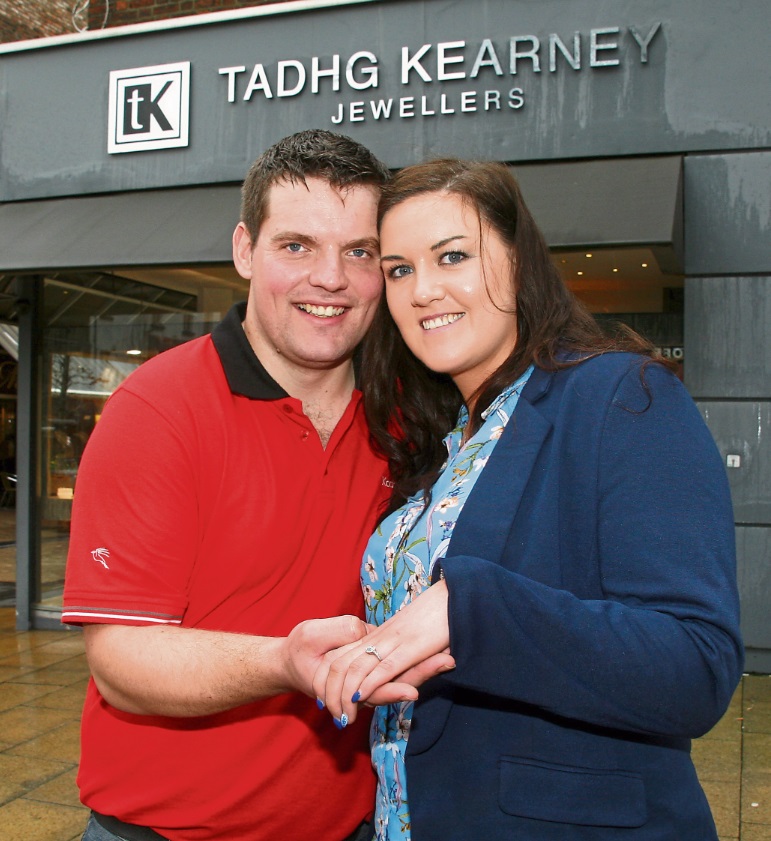 His friends had been slagging him in advance about the possibility of a proposal, and last week he was listening to Live 95FM when they said: 'We've found our woman'."

Grainne said inspite of the initial nerves, she is now "delighted and thrilled" that she proposed, and said "it'll be something to tell the grandkids."

"She's taken the pressure off me now," added Stephen.

The issue of who swiped right on Tinder is an issue of debate, but Stephen added: "When I swiped right it came to a match straight away, so she added me first," he said with a laugh.

The celebrations will continue for the rest of the day and the night, back in McAuliffe's pub, Sherins Cross, Kilmallock, which Grainne's family owns.

Grainne, who picked up a beautiful 18 carat white gold solitaire diamond halo ring, said she would definitely encourage other women to pop the question.

Staff in Tadgh Kearney's delighted in the happy occasion, and said they had a great response to the competition.

Mum Pauline and dad Simon said they are delighted for them, adding it's a great start to their life together.

"Grainne got the phonecall on Thursday and told me she had won, and we started from then," she explained.

They were joined in their celebrations by another couple who got engaged this time four years ago, again courtesy of Tadgh Kearney's and Live95FM, who were there to capture the celebrations on video.

Sinead Walsh and Martin Hennessy, originally from Cork, are now happily married, and have a son, Louis, aged nearly two. Each had a five year-old son of their own, Charlie and Martin, before they met, and they are still living in Annacotty.