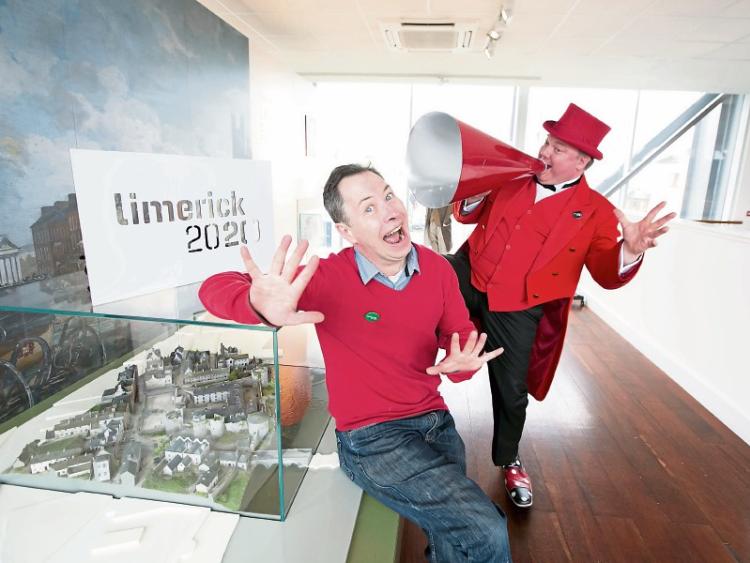 ACCLAIMED local actor Myles Breen is to lead out Limerick's St Patrick's Day parade, it has been announced this Monday.

More than 70,000 people are expected to line the city's streets on March 17 for Ireland's largest regional St Patrick's Day Parade.

Co-ordinated by Limerick City and County Council in conjunction with Grooveyard Productions, the parade will see more than 4,000 participants from 100 different community groups, companies, bands and sports clubs.

Myles has been announced as the Grand Marshall in recognition of his outstanding contribution to the arts in the Mid-West region.

Meanwhile, on the following Sunday, March 20, 18 bands featuring 1,200 musicians will take part in the 46th International Band Championship, which kicks off at 12noon.

South Circular Road native Myles is best known for his many roles with Island Theatre Company. He is the founder of Bottom Dog Theatre Co. and he has numerous television and film credits to his name.

The theme of this year's Parade is 'Commemorate'.

Speaking at the event launch, Mayor Liam Galvin said the parade will seek to remember "Limerick's legacy, its people and its places".

"As we celebrate the centenary of the 1916 Rising and look forward to another great century, the people of Limerick are being invited to look into our rich and diverse cultural heritage for inspiration.

“From the Signing of the Treaty to the City of Culture in 2014, within the history of our evolution as a modern multicultural city lays a treasure trove of memories, images and ideas just waiting come alive as a living image of Limerick," he said.

He said this year's parade promises to be one of the "biggest ever".

Myles added: "I am incredibly honoured to be chosen as Grand Marshall for this year's St Patrick's Day Parade. Any success I have had is down to my home Limerick City, my family, friends and colleagues but also the people of Limerick who have always been incredibly supportive of me."

For more, see the Limerick Chronicle and the Leader broadsheet editions