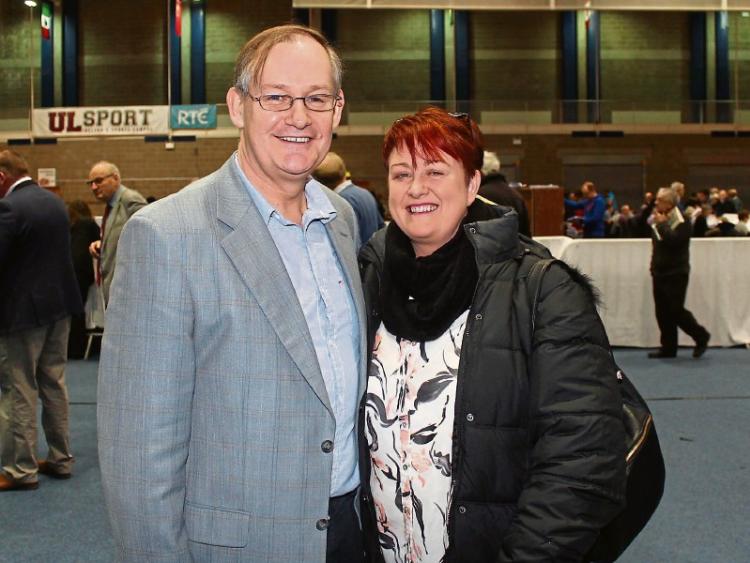 THE CEO of Limerick City and County has predicted that Minister for Education Jan O’Sullivan will be a casualty at the hands of either Cllr Maurice Quinlivan or Deputy Kieran O’Donnell in the Limerick constituency.

When asked in what order they would take the third and fourth seat in the four seat constituency, Mr Murray said: “That I couldn’t tell you!”

When it was put to him that Minister O’Sullivan would therefore be the causality he said: "It’s looking that way at the moment. I think she has done some enormous work for Limerick but it’s a cruel sport and I'm glad I'm not a part of it.”

Speaking about the phenomenal performance of poll-topper Deputy Willie O’Dea in Limerick City, he said: “I am very well aware of the level of work done by Willie in the constituency.  I suppose if there was any form of swing at all he was always going to recover and that’s exactly what we are seeing.”

The performance of Finance Minister Michael Noonan he said is a reflection of the national strategy taken by Fine Gael.

“In  watching how Fine Gael have managed their vote I think  they are more interested in getting success than maybe topping polls and I think we are seeing a very clear reflection of that at the moment. “

Reflecting on the state of affairs in Limerick county, Mr Murray said the huge performance by Deputy Niall Collins could be described as “a return to a little bit of normality.

“The two Fine Gael lads look as if they are going to keep their seats quite comfortably as well in the end so no change there.”

Despite the bookies predictions that Pallaskenry’s Emmet O’Brien would take a seat, that now looks to be highly unlikely.

“Emmett O’Brien came in as a new councillor last year and he has done exceptionally well as a councillor. Again, for someone on his first time out, I think he has done incredibly well and he is up against people who have been in seats for quite some time so it was always going to be a difficult battle for him. I think he has done very well.”

In relation to the wider picture across the country and the trouncing of the Labour Party, Mr Murray said the polls were suggesting it and people were expecting it.

“It might have been a little bit worse than maybe was anticipated. I think what we really need to see now is stability out of whatever arrives, in whatever mixture, now we want to see a strong government – the country needs that.”

He said the local elections demonstrated that Sinn Fein were going to perform well.

“I think they have proven that they have a very strong base.”

And finally speaking about his own plans for the rest of the evening, the CEO said he will be popping in and out of the UL Arena over the course of the evening to keep an eye on proceedings.

“I love this.  It is a spectator sport. I do enjoy it. You get a buzz out of it. I have worked behind the fences for so long that you know the tension that builds up as the evening goes on. It can be very tedious but you can’t beat the excitement of a count.”

He said his heart goes out to those who lose out on seat.

“Oh God yes - it’s an awful sport – an awful tough process. You work hard for five years and you find – maybe nothing to do with you but it goes against you and that’s what one or two of our colleagues are facing here today.”