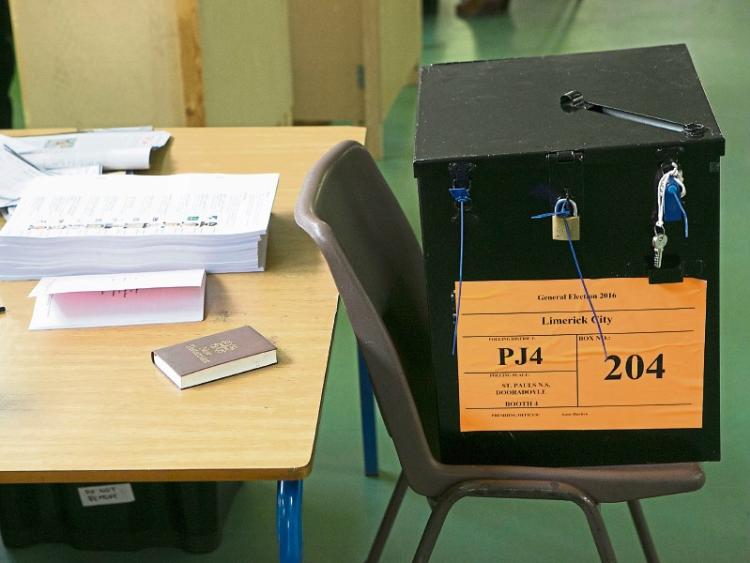 POLLING stations have now closed across the two Limerick constituencies in the general election, with turnout reported to have hit as high as 70% in certain areas.

Weather may have played a role in the overall turnout, with heavy rain falling across Limerick since the late afternoon. It is expected that voter turnout could average around 60% in Limerick city, while queues were reported at some polling stations around 5pm in county Limerick, where the number could be higher.

Around 300 polling booths across the city and county opened at 7am and closed at 10pm.

Unofficial figures from polling stations, suggested that around 20% of the electorate in both Limerick consitituencies had cast their vote by lunchtime. By this evening, average turnout was said to be averaging in the low to mid 30% region.

Voter turnout in Kilmallock was at 25% as of 3.30pm according to presiding officer @limerick_leader #GE16

By 6pm this evening, certain areas in the city were reported to have hit 43% - Knockea and Watch House Cross - but other areas were holding in the high 20% and 30% level.

In the county, turnout in Foynes was said to have hit around 46% by the evening, with mid 40% levels reported in Pallaskenry. Caherconlish was said to be at 29%.

Close to 3.3m people are eligible to vote nationally. Counting will get underway at 9am in UL Arena on Saturday morning.