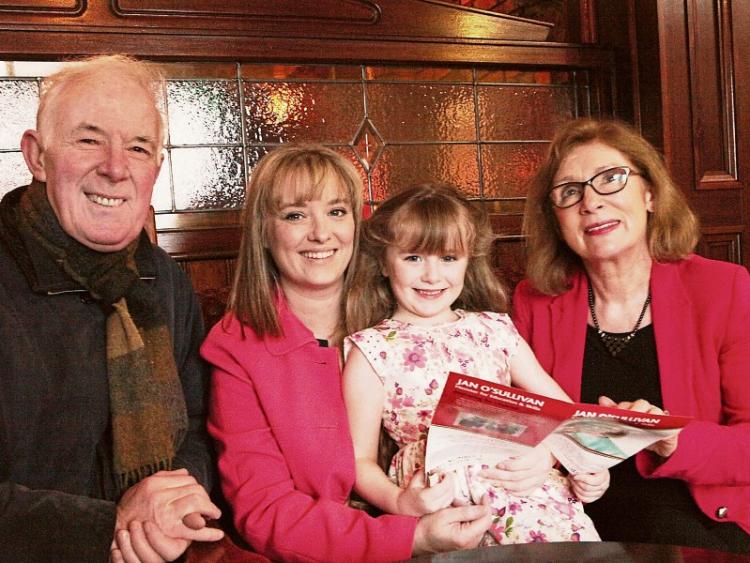 General election candidate for the Anti-Austerity Alliance (AAA) Cllr Prendiville has claimed that “countless” supporters of Education Minister Jan O’Sullivan’s predecessor, the late Jim Kemmy, have switched to supporting him in his bid for the Dail.

But Joe Kemmy has rejected this notion, insisting Ms O’Sullivan “carries on the legacy of Jim Kemmy”.

“It may interest Cllr Prendiville to know that on a wet Monday night last week, there were at least 16 people canvassing for Jan O’Sullivan who campaigned for Jim Kemmy. It may also interest Cllr Prendiville to know that countless people who voted for Jim Kemmy are supporting Jan O’Sullivan in this election,” Joe Kemmy added, saying he is “surprised and somewhat amused” by the AAA man’s remarks.

He added: “Jan O’Sullivan was a friend, supporter and colleague of Jim Kemmy. The people of Limerick elected her to take his place in the by-election following his death, and I have no doubt they will do so again on this occasion.”

Meanwhile, Ms O’Sullivan has warned against a Fianna Fail-Fine Gael coalition. With a fall in support for both Fine Gael and Labour, many commentators have speculated this may be the only stable option for government.

But the Education Minister said she does not believe it will happen.

“I don’t think these two parties want to come together, so it is unlikely to happen. I don't think it would be good for Ireland if you did not have a strong left-wing voice in government, and that's what we have been. If we had not been in government, we would have had a much harsher response to the problems the country had in the early years,” she said.

At the event, she admitted she was “fighting for the last seat” in the city, vowing: “I intend to win that battle.”

In a thinly veiled attack on election rival Cllr Maurice Quinlivan, she said: ”I think the politics that Sinn Fein represents is the politics of protest, the politics of not wanting to go into government. I feel I am the difference between making noise from the sidelines, and making a difference. It is very easy to say what people want to hear, but that does not necessarily sort out their problems.”