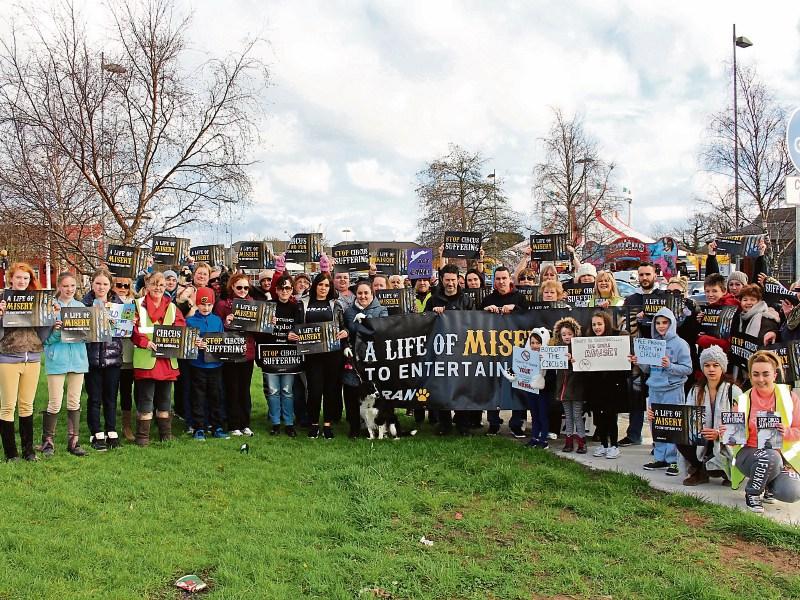 MORE than 50 animal rights campaigners staged a protest on the last day of a circus which took place at the Castletroy Shopping Centre.

A protest was set up by the Animal Rights Action Network (Aran) on Sunday lunchtime outside the circus, which was set up by Courtney Brothers.

Aran founder John Carmody said they are demonstrating as part of the group’s ‘Stop Circus Suffering in Ireland' campaign.

“With the very best intention, these circuses cannot provide for the animals in their care. We are looking to bring attention to the suffering animals go through by being confined in circuses.

“These circuses are going for ten months of the year, pulling up on whatever land is available. The horses are tethered in small pens. When they are not in pens, they are in a very tiny exercise pen. Any scientist or zoologist would say that keeping animals in these conditions is not acceptable. It is not for what nature intended them to be,” Mr Carmody said.

He called on Limerick people to support non-animal act circuses.

But a spokesperson for Courtney Brothers’ circus denied the claim, saying: “Our horses are very well looked after. We cannot have animals starving. We are showing them to the public, and inviting people to see them. How could we abuse them? It does not make sense in any regard.”