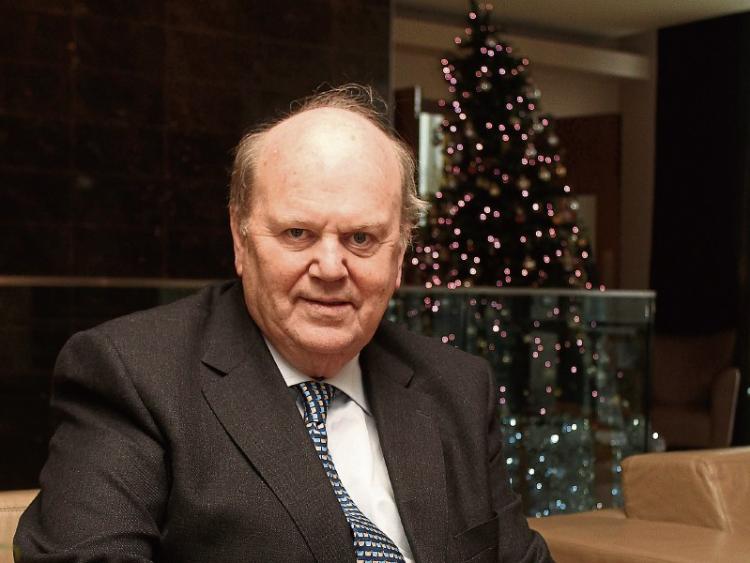 Minister Michael Noonan: ‘Is legal action centred on another issue?’

THE MINISTER for Finance Michael Noonan has said he cannot see how the University of Limerick can proceed with its High Court action against the Limerick Leader and its editor, following the publication of a review into matters at UL.

The review centres on allegations made by three female whistleblowers reg-arding financial matters at the university and how they were treated by UL as a result of raising their concerns.

UL’s legal action against the Leader, and editor Alan English, centres on a front page report last September, detailing the grievances of two of the whistleblowers.

A report commissioned by the Higher Education Authority has found that the women were right to raise their concerns and thanked them for their “public service”.

Speaking on Limerick’s Live95FM during an election debate, the Fine Gael poll-topper said that having read various newspapers reports regarding the case he said he “can’t see how a legal case could proceed”.

“I have seen the newspaper reports of the HEA’s report, and it seems to be centred on unfounded claims for expenses, that seems to be the core issue, and they found that there were claims that weren’t totally in accordance with the procedures that were laid down.

“That being so, it seems to me, I can’t really see how a legal case could proceed after that finding,” he said.

Minister Noonan was informed by broadcaster Joe Nash that despite the findings, which show UL’s failings in a number of areas, from their understanding the legal case still stands.

In response to Limerick Leader queries, UL said that it couldn’t comment on legal matters, but yet has told other media organisations that its legal position remains unchanged.

The Leader has stated that it will continue to stand by its story.

The HEA appointed independent consultants Mazars last October to review the allegations of three female whistleblowers, all of whom had worked in the finance department in UL.

While one of the whistleblowers has since left UL, the two women at the centre of the Leader’s original story remain suspended, after they refused to sign a confidentiality clause and accept a severance offer of nearly €60,000 each.

UL welcomed that the review found there was no financial wrongdoing, but local TDs Niall Collins and Willie O'Dea have credited the whistleblowers with having questioned numerous expenses - which were not ultimately paid as a result of their actions.

Mazars outlined that its review “does not constitute an investigation of the allegations, but reviewed the process employed by the university to inquire into the allegations made.”