Legend Paul O'Connell 'made the right decision' to retire

Pride in Paul: 'We have enjoyed every minute of it' 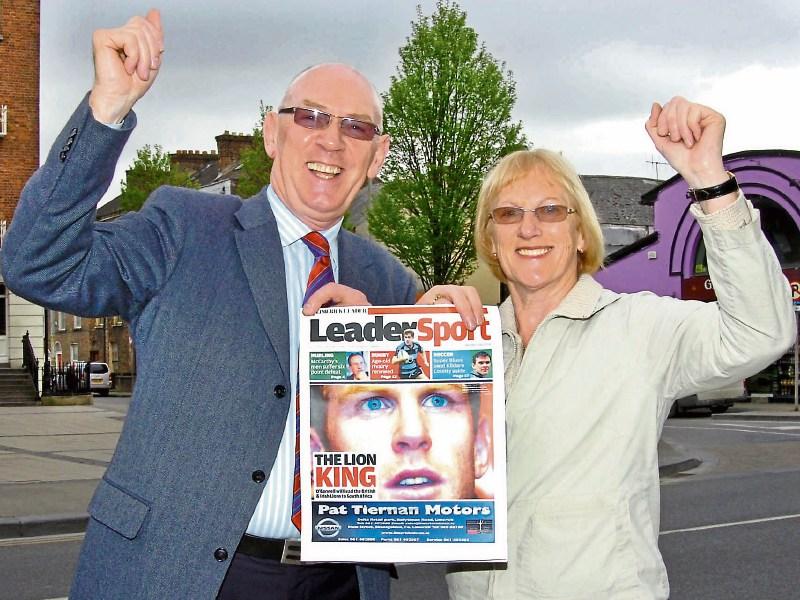 THEY lived and breathed every minute of his glorious career, parents Michael and Shelagh, along with his brothers Justin and Marcus, wife Emily and children Paddy and Lola.

Likewise a city, a province, a country – and beyond – followed Paul O’Connell’s career with passion and fervour, all 108 caps for Ireland, 174 for Munster, seven for the British and Irish Lions.

They watched every minute, shared in the joy and the pain. Michael told his son recently: “Thanks for the great road we have travelled.”

Two weeks’ ago, Paul’s father “got an inclination” that his decision to retire might be coming.

Four months ago, Michael had watched the second half of the France game with the then Irish captain in the bowels of the Millennium Stadium after his son suffered a torn hamstring.

Paul said this week that, at that moment, amid the audible gasps of the crowd as he went down banging the turf, he “honestly thought right at the time that my career is over”.

While he would later meet players who had recovered from a similar injury, “I did it a lot worse than a lot of people who did it. Getting back to where I was wasn't going to happen unfortunately”. There would be no big adventure in Toulon, yet for his parents, they got “a fantastic 14 or 15 years and memories we never imagined we  might have”.

“He has done himself proud during his career and a big part of the reason for that was because he had total dedication and a great will to win,” Michael told the Limerick Leader after news of his son’s retirement following medical advice.

“The competitiveness and winning spirit is something he has always had and it goes back to his swimming days. I feel swimming was a great help to him in his rugby career because it gave him the drive that he showed on the pitch later on. For a long time I could never see him being beaten when he was swimming, he just had that huge desire to win.

“I think he played fantastic rugby right to the end of his career. I got an inclination about two weeks ago that this might be coming. He told me then that the recovery was proving very slow. I think he has made the right decision.

“I said to him before that I thought it would have been a good way to go, retiring after the World Cup. I even said to him after he captained Ireland to win the Six Nations. But I still think he has gone out on a high, because he couldn't have given any more really.”

Tributes have flowed to the Limerick man since his announcement that he had been forced to retire. It was, he said, with “deep regret that I have decided to retire from professional rugby following medical advice”.

He worked hard to recover, putting in nearly five hours a day, but soon realised it was “too bad an injury in a very difficult place”.

Once that realisation was made, Paul spoke to Emily and to Michael about it and later reflected that “I think some people are quite happy that I am retiring.

“It is a strange sentiment from people, sometimes, but it is a nice sentiment as well.”

For his father, it is very hard to pick out the highlights of Paul’s storied career, but he pointed to the player captaining Munster to win the Heineken Cup in 2008 as “right up there”, along with the “fantastic honour” of captaining the Lions in ‘09.

“If I had to pick another one that stands out, I'd say the day in 2007 when he was man of the match against England at Croke Park. That was an amazing day for everyone.

“Really, there were so many great days. I'm proud as well that he scored the last try at the old Lansdowne Road. We are very proud of all he has achieved. Now it's time for him to move on to the next stage of his life.”