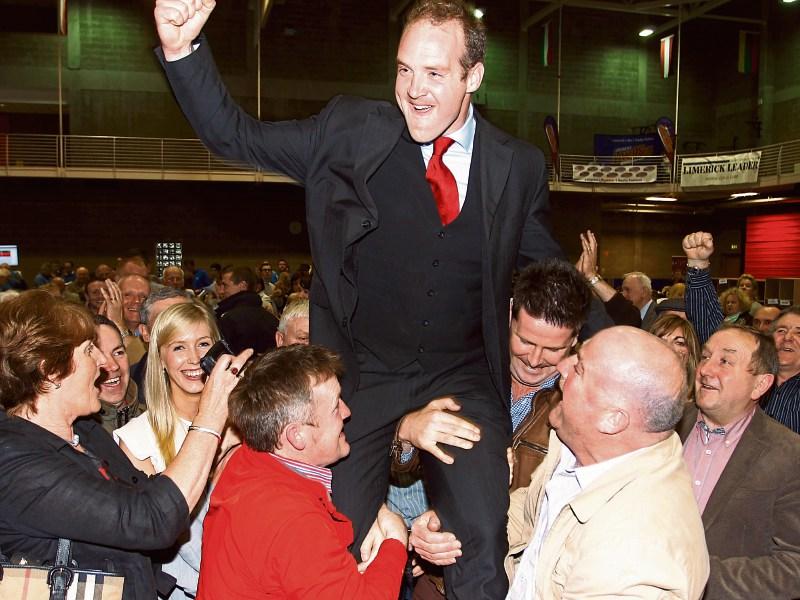 INDEPENDENT candidate Emmett O’Brien has been tipped by influential political pundit Ivan Yates to take one of the three seats in the County Limerick constituency.

The Newstalk broadcaster and former Fine Gael minister predicted this week that Mr O’Brien would take the third seat at the expense of Fine Gael’s Tom Neville, with sitting TDs Patrick O’Donovan for Fine Gael and Niall Collins of Fianna Fail winning the other two.

He described Mr O’Brien as a “phenomenal campaigner”.

“I think this guy is going to get elected,” said Mr Yates.

“If you go through the entrails of the last local elections, Cllr Emmett O’Brien was much stronger than Tom Neville.”

The presenter also tipped James Heffernan of the Social Democrats to get a strong vote, pointing out that he got almost 8,000 first preferences when he ran for Labour at the last general election. However, if the Kilfinane man were to be eliminated, his transfers would be decisive in determining who will take the seat.

Mr O’Brien said he was "quietly confident" about his chances. However, he insisted he would not be resting on his laurels.

“It is interesting that is a man with such pedigree in politics sees me as a real contender,” he said of Mr Yates’ prediction.

Mr Neville said there was still “a long way to go” in the election campaign and that a lot of people had not yet made up their minds as to how they would vote.

“Elections are very difficult to call. This campaign will move and swing and go up and down before the final polling day” he said.

“The real opinion will be the opinion when the ballot boxes are opened. We are working hard to ensure that we retain two seats for Fine Gael in the county.”

Meanwhile, Mr Heffernan said he believes the electorate is ready for a change.

“I am not going to be cocky and take people for granted but I know that people are sick and tired of the politics of the past. They want something new and we [the Social Democrats] are offering honesty, fairness and integrity.”

He reckoned his 5/1 odds represents “a serious bet” and said he would have no problem advising punters to back him. “People are saying to me: Fair play to you. At least you stood up for the people who elected you when you left the Labour Party.”

“I resigned because they did things they said they wouldn’t do. People expect a lot more from politicians now,” he said.