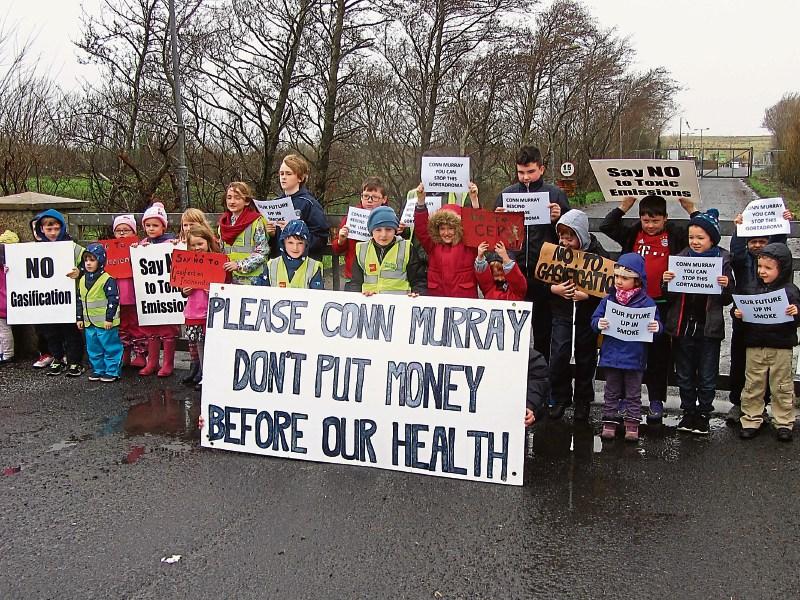 FINE Gael TD Patrick O’Donovan has called for a “complete independent review” of the Gortadroma landlease deal between Limerick City and County Council and the US-based Cadence EnviroPower.

And he believes the audit committee within the council should commission this review.

This, he argued this week, would help to determine “if proper procedures were followed before the lease was presented  to the council for their agreement and to review the council’s internal work on the project to date.”

Deputy O’Donovan’s call comes just a week before opponents of the plan to develop a gasification waste to energy plant at Gortadroma hold another public meeting. It also comes just days before councillors are due to discuss the matter in a closed session this Friday, from which the media and public will be barred.

RAGE, Residents Against Gasification in the Environment, have invited political representatives as well as council executives to next Thursday’s meeting in Shanagolden parish hall to discuss the gasification plan.  And, they say, they will have a special guest speaker to address the audience on the night.

The Gortadroma lease was signed amid certain controversy last year when only the Anti-Austerity Alliance came out in opposition and called for further investigation before signing.

In the months since however, opposition to the development of the plant has grown and public representatives who initially supported the deal have since voiced concerns.

At a meeting of Limerick City and County Council last month, Cllr Cian Prendiville AAA called on both sides, the council and CEP to “voluntarily” step back from the lease. But the council’s chief executive Conn Murray said they were taking legal advice and it would be inappropriate to make any contact with the company while this was underway.

But Cllr John Gilligan Ind warned about the potential cost to the council of breaking a lease while Cllr Stephen Keary, FG, who initially backed the Gortadroma  proposal, said he had very serious concerns about the presentation initially made to councillors where, he said, “the potential financial gain was given most credence.”

“I am extremely disappointed, extremely concerned at the way due diligence was done before it was given to us as councillors at local level and at full council level,” he said.

Recalling the presentation made to the Adare Rathkeale councillors, he said: “It would appear the potential financial gain was given most credence,” he said.

However, at the end of the meeting, the council agreed to hold a meeting behind closed doors with no media or public allowed to discuss the matter.

Now, the issue has become a central one for candidates in the general election. A number of candidates, among them Social Democratic candidate Sen James Heffernan and Mark Keogh of Direct Democracy have made opposition to Gortadroma part of their election campaign.

And now, Deputy O’Donovan, who is tipped to retain his seat has had his say on the matter.

"As an elected representative I can say that there are many questions which people want answered in relation to how this process has been handled,” he said this week.

“The concerns of residents are real and need to be listened to and I believe that a fully independent review of the process to date, together with a proper independent due diligence of the entire project be carried out in a public and open manner,” he concluded.

The meeting in Shanagolden Parish Hall takes place next Thursday at 8pm.