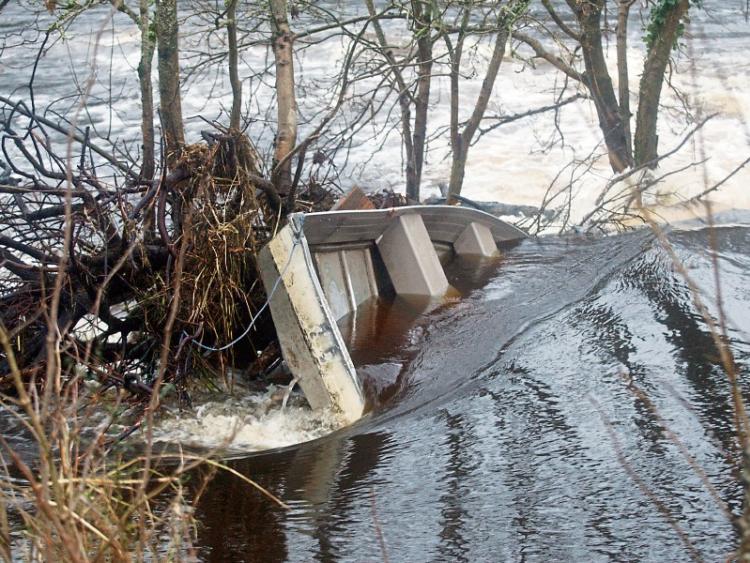 A LIMERICK man has tragically died this afternoon after an accident on the river Shannon at Castleconnell in the early hours of Thursday morning.

The male, aged 27, is from the village. He was one of four men who entered the water at World's End after a boat they were in capsized.

The ESB reduced the flow of water at Parteen Weir from 230 cumecs to 10 cumecs to aid the rescue operation.

All four were treated at the scene for hypothermia before being rushed to University Hospital Limerick. Sadly one man lost his fight for life this Thursday afternoon.

It is understood that the conditions of the three others is not life threatening. A garda investigation into the circumstances of the accident has been launched.

"Our thoughts and best wishes are with the individuals and their families at this terrible time," he said.

Mr Moloney said the boat club was informed that a number of individuals had entered the club grounds at World’s End at approximately 4am.

"The club was only recently accessible after weeks of total flooding, and much of the surrounding area had been under water, or damaged. Four men removed one of the club safety launches, which was without an engine, and put it on the water.

"With flooding still an issue the water was very high, and the water extremely fast. We have been told that the men got into difficulty very quickly, and we believe they capsized nearby.

"Safety is always the top of Castleconnel Boat Club's agenda and the thoughts of anyone on such dangerous water especially at that time of night, and without means to propel the boat is frightening in the extreme. No members have been permitted on the water for over two months, due to safety concerns.

The dangers of water cannot be over emphasised and we commend the bravery and the professionalism of the Coast Guard, and the emergency services," said Mr Moloney.