Jobs: company set to employ between 300 and 400 people 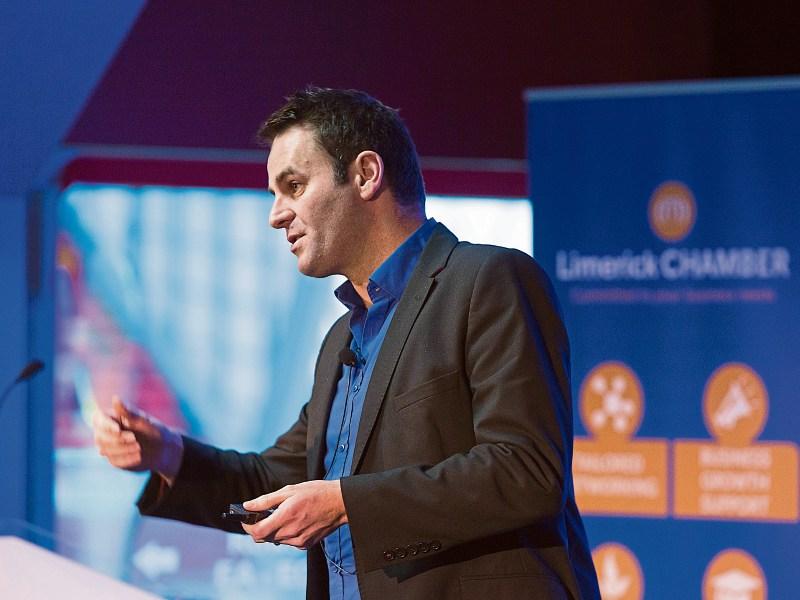 THE boss of ride sharing app Uber wants to see a change in the approach of the taxi regulator so he can bring the service to Limerick “as soon as I possibly can”.

Kieran Harte was one of the keynote speakers at the Limerick Chamber’s first annual Business Strategy conference.

Uber – whose app connects people needing to make a car journey with drivers – has opened its European centre of excellence in Limerick, and will employ between 300 and 400 in Thomas Street.

But to do this, Mr Harte says the approach of the taxi regulator – which will ultimately decide whether to allow Uber on Limerick’s streets – needs to change.

“Regulators see their role and their job is to look after, to help and maintain the industries they are paid to regulate. They don’t see it as their responsibility being to unlock the huge economic opportunities which they can make for the local communities and the people.

Australian native Mr Harte said staff at Uber “need to believe passionately in what we do – so much that we cannot accept taking no for an answer”, he told the conference.

Asked by event host Matt Cooper whether he felt regulation was a bad thing, Mr Harte answered: “No”.

“Uber believes we absolutely need to regulate. But regulation where we need to be right now. Not the regulation of the past,” he said, pointing out the length of time it can take for taxi drivers to gain licences now.

The use of Uber by members of the public has proven controversial in many cities, particularly Paris and London, where taxi drivers have staged protests, accusing the firm of decimating their trade, and outlining safety fears.

But the company has argued that many taxi drivers have in fact moved over to the Uber platform.

At present, Uber operates a ride-sharing service in Dublin, but has yet to develop this outside the capital in this country.

Mr Cooper asked Mr Harte when he expects Limerick to be added to the 350 global cities where Uber cars are present.

He said: “As soon as I possibly can is the best answer. But just before an election, there are not too many people who want to put their head on the parapet to bring something like ride sharing to the streets of Ireland.”