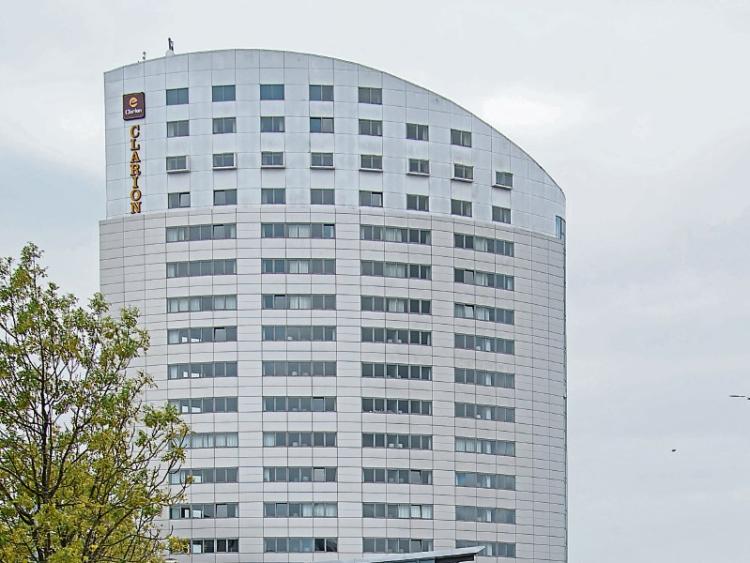 LIMERICK’s landmark Clarion Hotel is to get a new name after it was taken over by the Dalata Hotel Group.

Ireland’s largest hotel operator is now the owner of the country’s tallest hotel after spending €40m to take over the Clarion and other four-star hotels in Dublin, Cork and Croydon, just outside the British capital of London.

It will now become known as the Clayton Hotel, Limerick, and is Dalata’s second hotel in the city, after the Maldron Hotel at Roxboro.

Speaking about the agreement, deputy chief executive at Dalata’s business development and finance arm Dermot Crowley said the move presented an exciting opportunity for the firm.

”We are very excited about the opportunity to secure the leasehold interests of these four hotels and the contract to manage Clarion Liffey Valley Hotel. This transaction gives Dalata a further 960 rooms in the cities of Dublin, Cork and Limerick,” he said.

He confirmed the hotels the firm is taking over – which also includes Cork’s Clarion Hotel and Dublin’s Gibson Hotel – will all become known as Clayton Hotels over the next year.

Mr Crowley said: “The addition of these hotels continues the rapid growth of the Clayton brand in Ireland and the UK where on rebranding; we will have 18 Clayton hotels.”

The hotels in question are currently operated as part of the Choice Hotel Group.

Dalata’s takeover will see Limerick’s Clarion Hotel likely enjoy a multi-million euro refurbishment, with the company pledging to spend €14m over the next two years on works to its new hotels.

The Munster Rugby team uses the facility as a meeting base for dining, warm up and recovery before and after games played at Thomond Park.