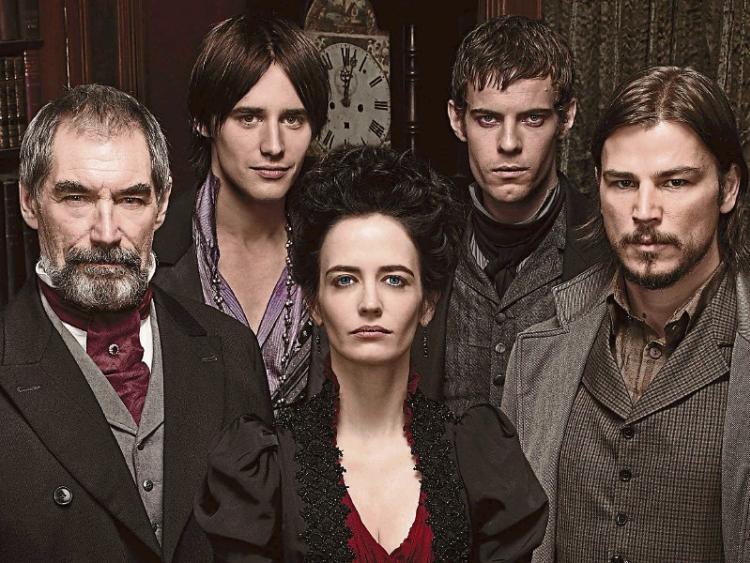 The cast of big budget TV series Penny Dreadful, which was filmed in Ardmore, several of the key players of which are involved in Troy

PRODUCTION at Troy Studios is ready for a green light following a significant cash injection for the company behind the facility.

Troy Studios Limited, which has leased the old Dell building in Castletroy from Limerick City and County Council for the purposes of transforming it into a major film and television production hub, has reportedly pulled in €2.7m in a recent funding round.

Company filings show that Troy raised an investment of €1.5m through Fifcon Nominees, based at the offices of law firm Matheson in Dublin, plus a separate funding installment of €604,000 and two investments of €300,000 through other companies and financiers.

Planning for the multi-million euro plans to re-fit the former Dell building were given the all clear in December.

The refurbishment is understood to be underway following the unanimous approval by councillors, with the intention for Troy Studios to be a fully-fledged leading studio facility to cater for film and TV productions by July or August of this year at the latest.

At a meeting of the council this week, approval was given for a loan from the council to a company - 100% owned by the council - called LCO Enterprise Development Limited to "promote the development of a film studio in the former Dell building" to the tune of €7.7m. The company has bought the building and will refit it and has agreed a 20 year lease with the operators of Troy Studios.

The principals in Troy – Siún Ní Raghallaigh, Ossie Kilkenny and John Kelleher – signed the long-term lease agreement to take it over and develop a media hub for film and television production.

The trio are also key figures in Ardmore Studios in Wicklow, where series such as Penny Dreadful and Vikings are filmed.

Limerick council boss Conn Murray has previously estimated that the facility could result in a €70m spin-off for the local economy, creating upwards of 750 jobs, projections which the council boss stood over when contacted for comment this week.

“Limerick City and County Council is delighted to be working with Troy Studios in facilitating the company in its plans to establish a significant media hub for film and television production in Limerick,” he said.

“The proposed development presents a diverse range of opportunities for the wider arts, crafts and culture sector in the Mid-West region, and particularly those undertaking third level digital media courses in Limerick.”

According to planning files viewed by the Limerick Leader, the studio is likely to employ 6-10 full time core staff on site, with up to 500 staff employed during production, which will typically last 3-9 months depending on the project.

It is anticipated that, of these, 350 would be full time staff and 150 would be extras on a typical production. Ms Ní Raghallaigh did not respond to a request for comment this week, while calls to a Troy Studios spokesperson also went unanswered.

Speaking at the time of the announcement in July, she said that the studio would “place Limerick on the international map as a new film location”, adding 70,000 sq feet of studio space to the 110,000 that currently exists.

The Troy founders identified the need for new space and have the pedigree to attract work, while international studios are also known to be interested in potentially leasing space in the building, a significant portion of which will also be given over to “a media cluster of companies providing services to support film and TV production on site”.

The Troy Studios trio are said to be “very excited” about the project and the “superb site” they have signed a lease on.