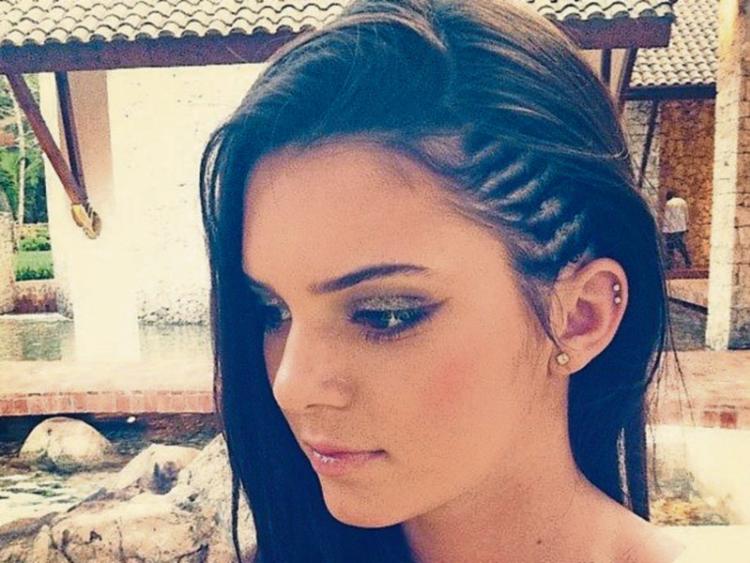 Kendall Jenner, who has her ear cartilage pierced

A PRINCIPAL has hit back at accusations that his school has been heavy-handed in the way it has dealt with a student who had a piercing in her ear cartilage.

A father of a student at Colaiste Iosaef in Kilmallock raised concerns in relation to the secondary school’s response to his daughter’s body piercing.

He claims that his daughter was told to remove the piece of jewellery - which consists of a bar with a stud on the end -  from her upper ear, or else face suspension.

“One of the teachers said that if she didn’t take it out she would be suspended,” said the father who didn’t want to be identified.

“They have come to a compromise. They have got these plastic sleeves, I think they are called, to put into the ear instead of the metal stud. You can still see them so what’s the point?” he said.

An ear cartilage piercing is done on the upper area of the ear and has become increasingly popular among young people - with many getting the area pierced multiple times. The trend has been set by celebrities including Kendall and Kylie Jenner and Miley Cyrus.

The Kilmallock father said he is particularly annoyed with the school’s reaction as, he claims, teachers in the school have similar piercings, and, he claims, the issue was raised last week, in the middle of the school year, “out of the blue”.

“If it’s a rule and if they implement it from the start of the year for everyone then grand but you don’t come in halfway through the year and tell them ‘you can’t have this’ after they going to the expense of getting it done. Her mother took her into Limerick that evening after school to get the new piece.”

The principal of Colaiste Iosaef, Sean Twomey said the school rules state clearly what is allowed in terms of piercings.

“Female students only may wear earrings; these should be discreet stud earrings, a maximum of one in each earlobe. Hooped or large earrings are not permitted,” he stated, referring to the rule book.

Mr Twomey said he did tell one student to remove a piercing from her cartilage.

”She was sent to me and when she was asked to remove it, she removed it,” he said.

Mr Twomey said he has had “no complaints” regarding the rules in relation to piercings.

He also said that he was not aware if teachers had similar piercings in their ear cartilage.

“I hope any parent would support their school and want to teach their child that while you may not agree with a rule you should respect it,” continued Mr Twomey.

“I am sure there are some rules in schools that as an individual I may not agree with but school is a reflection of society in that way, it aims to instil a healthy respect of regulations and laws in young people.”