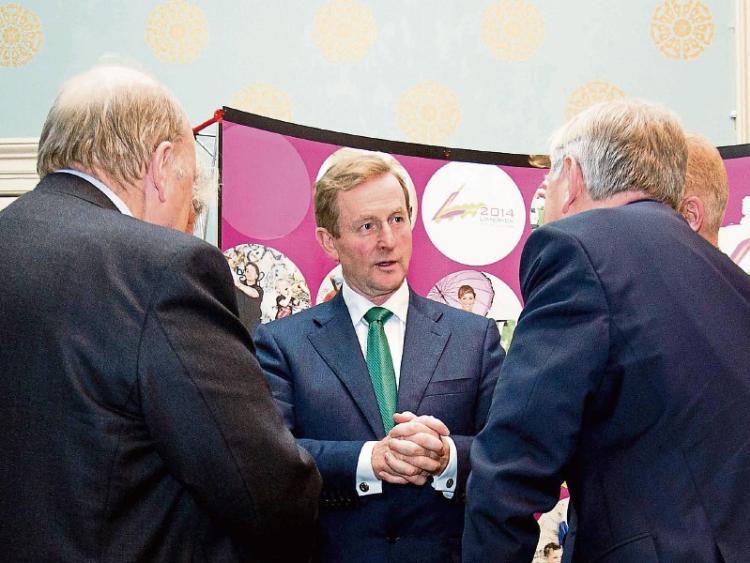 Taoiseach Enda Kenny on a previous visit to Limerick

Taoiseach Enda Kenny will be in Adare on Friday to launch the party’s election campaign in the County Limerick constituency.

Mr Kenny will be joined by the party’s two candidates, Patrick O’Donovan and Tom Neville, as well as outgoing TD Dan Neville and Mayor of Limerick City and County, Cllr Liam Galvin.

The launch will take place in Fitzgerald’s Woodlands House Hotel at 12.30pm on Friday.

Later, the Taoiseach is due to visit the headquarters of Limerick City and County Council in Dooradoyle.

The party currently has two TDs in the county in Dan Neville and Patrick O’Donovan. With Mr Neville retiring, his son Tom is hoping to retain the seat. However, the bookies are predicting a close battle between him and independent candidate Emmett O’Brien. Paddy Power was this week giving odds of 4/9 on Mr Neville, slightly ahead of Mr O’Brien, on 4/6. Mr O’Donovan is expected to retain his seat, at odds of 1/25.