Limerick council to send Mayor to Boston for twinning 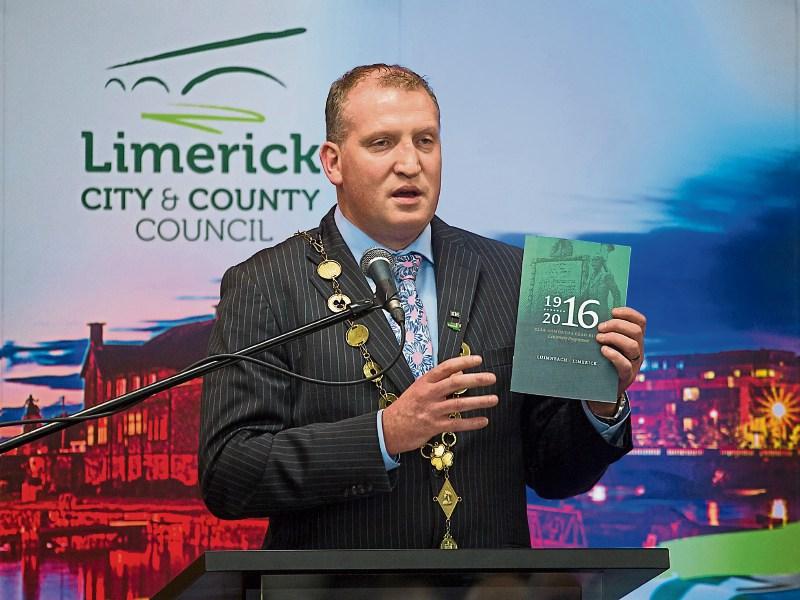 LIMERICK City and County Council is to send Mayor Liam Galvin to Boston to complete a twinning arrangement with the American city.

Councillors have agreed to set aside almost €4,000 for the seven-day trip in March, which it is expected will see the formalising of a ‘Sister Cities’ twinning agreement between the two cities. That includes the cost of sending council CEO Conn Murray with the mayor.

Mayor Galvin will represent Limerick at Boston’s St Patrick’s Day parade, and will spend the remainder of the trip meeting a number of local businesses and tourism representatives with a view to promoting Shannonside.

In a document prepared for councillors, Christy O’Connor, the local authority’s senior executive officer, stated: “It is hoped that a formalisation of this agreement would yield significant benefits for Limerick in the areas of tourism, culture, community and economic development. The development of formal links with Boston under the Sister Cities programme would be a significant boost to furthering the promotion of Limerick in the wider US arena.”

Although the majority of members approved the spend, Cllr Cian Prendiville, Anti-Austerity Alliance, asked for a breakdown of the costs of the trip.

He said: “This would almost be enough to restore the bin waiver to those on the blind pension who recently lost it. We should have details of the costs.”

It was agreed a full breakdown of the trip – which will cost an estimated €3,874 – would be circulated to members.

Fine Gael councillor Michael Sheahan said: “Last year, we established a connect when the Mayor of Boston passed through Limerick. Vistakon has its headquarters in Boston, and since we have established the link I think we should continue with this arrangement.”

Limerick already has a relationship with eight other cities across the world. Five of these are in the USA: New Brunswick in New Jersey, Spokane in Washington, the Limerick township in Pennsylvania, plus Kansas City and Lowell, Massachusetts. There are also links with Quimper, in the Brittany region of France, Starogard Gdanski in Poland and A Coruña in Spain's Galicia region.

Meanwhile, councillors have also this week approved financial assistance of €497.50 towards a twinning initiative between Adare and Buchloe, Germany, led by the Adare community council.

And €826 of financial assistance to Cappamore’s twinning committee was approved for a link between the village and the French commune of Langonnet.

It is the second time in as many years the Mayor of Limerick has visited Boston.

Last year, Cllr Kevin Sheahan, the first Mayor of Limerick City and County, was forced into a climbdown after he announced a proposal to go on an 18-day tour of four cities in the United States.

But a late intervention from Fine Gael and members of his own Fianna Fail party obliged Cllr Sheahan to cut his trip to just three days – and only taking in Boston.