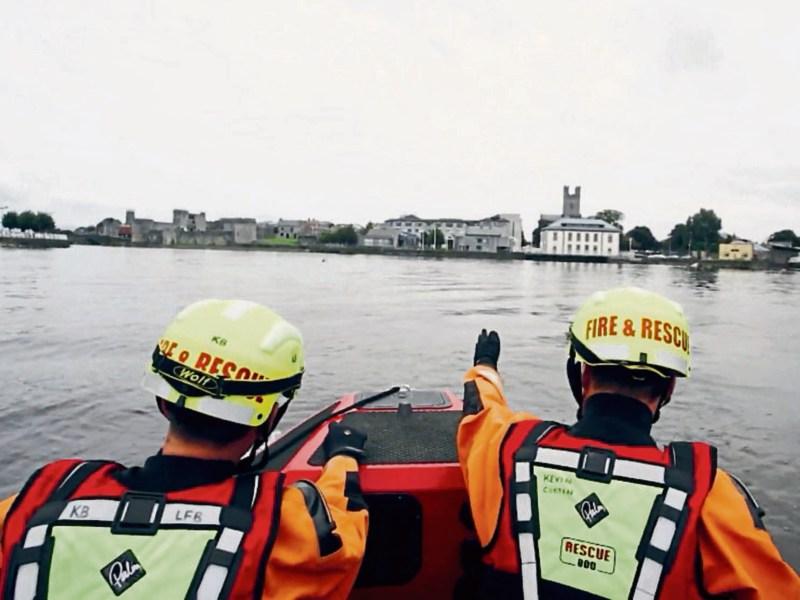 Members of the fire service in action on the FireSwift boat

SIGNIFICANT search activity by the emergency services on the River Shannon in Limerick city this Tuesday morning has failed to throw up any results.

A number of units of Limerick City Fire and Rescue Service – including its FireSwift rescue boat – paramedics and gardai were called out after there was reports of an object being seen in the river. However, sources have indicated that it might have been a bogus call “with good intent".

“Someone may have seen a log floating and thought it was something,” said a source.

A spokesperson at the Fire Control centre in Limerick said the service had reports of "something in the river, but they didn’t find anything and it may have been rubbish or something”.

Meanwhile, a body has been recovered following searches for a man seen entering the water in the city early on Monday morning.

A body was discovered by the Rescue 115 helicopter at around 2.30pm on Monday at Barrington’s Pier. The fire service, along with Limerick Marine Search and Rescue, recovered the remains using the FireSwift boat.