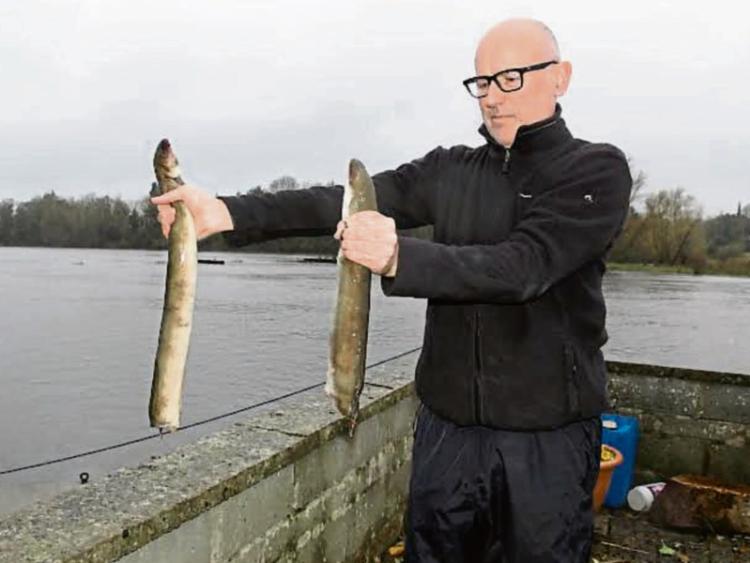 A FORMER fishery biologist with the ESB and senior environmental scientist describes the lower Shannon as a “sick river”.

Dr William O’Connor, managing director of Ecofact Environmental Consultants in the city, called for a review of water management in relation to managing flood risk after St Mary’s Park was flooded in 2014.

“Something that was never done and now we have had another catastrophe over the past few weeks,” said Mr O’Connor.

Last November, he called for an increased spill rate at Parteen weir to decrease the mortality rate of migrating silver eels. This measure could also have decreased the suffering to humans from flooding.

“In 2014, the ESB admitted to killing almost eight tonnes of silver eels at Ardnacrusha hydroelectric station alone, which probably amounts to something like 20,000 silver eels,” said Mr O’Connor.

Extra water would result in more eels descending through spillways rather than hydroelectric turbines.

“If they had been managing the Shannon more sustainably last November the levels in Lough Derg would have been lower and this would have assisted with flood management as it happened in December. Maybe it would, maybe it wouldn’t but it could potentially have made a difference,” said Mr O’Connor.

He says “the big story” is that 95 per cent of the time there is a minimal amount of flow released from Parteen into the old river Shannon.

“The mean flow on the  Shannon is something like 170 cumecs [cubic metres per second] and the flow that is given to the lower river Shannon is only 10 cumecs. This is a compensation flow that was set in the 1930s and hasn’t been reviewed since. That is a big problem.

“All the vegetation has encroached in and reduced down the capacity of this river channel to convey flows. The ESB exacerbated all this in the 80s and 90s by building all these fishery weirs, groynes [rigid hydraulic structures] and deflectors in the river. These further narrowed the river and encouraged all this alluvial woodland and siltation to narrow down the channel.

“The lower Shannon in ecological terms and hydrogeomorphical terms is a sick river. It has been managed very, very poorly due to the hydro scheme and the fact that the ESB hasn’t reviewed the compensation flow they have given to the river. As an SAC it is in serious ecological decline and what has happened now is the river channel just can’t cope with any kind of excess water.”

In recent weeks the ESB has been releasing 440 to 470 cumecs which Mr O’Connor says the river is “just not able to cope with”.

“It is not able to cope with 200 cumecs. In the past the river corridor was taking the full flow of the Shannon, now it can barely handle anything. This poor management and the low compensation flow that the river gets the majority of the time has caused this horrendous decline.” He says the compensation flow provided to the old river Shannon is the same as one in a 50 year drought.

“That shows how low 10 cumecs is. When they built the Shannon scheme they provided the lowest amount of water they could ever get away with. The ESB want to use the water for hyrdroelectric water generation. If they had higher and more varied flows in the old river Shannon there would be less water available for hydroelectric generation.” There is no easy solution to this “complex problem” but introducing increased and varied flows from Parteen is a starting point.

“You would restore the natural maintenance  processes in the river - start reversing the siltation and vegetation encroachment. The river channel would be healthier and would deal with flows easier.”