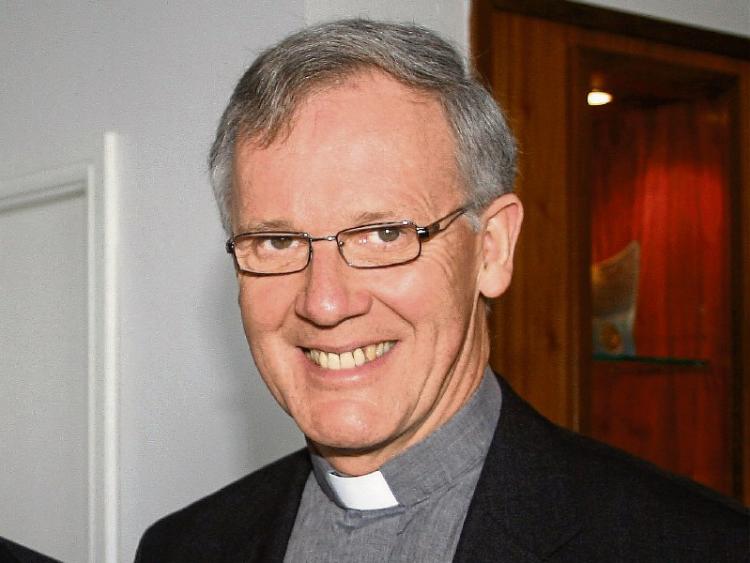 Canon Donal McNamara says the community is upset over the damage

A SAFE which was stolen from St Lelia’s church in the city this week has been recovered close to the property – hidden under branches from trees at the rear of the property.

The Very Reverend Donal McNamara, of St Munchin’s and St Lelia’s told the Limerick Leader that it was “quite upsetting and distressing” to witness the damage caused to the church on the Kileely Road, which borders Thomond Park.

Candelabras and a number of doors in the church were broken, while Fr McNamara said that the sacristy was “destroyed”.

The burglars also took the opportunity to vandalise the sacristy with graffiti, writing ‘Up Moyross’ on the walls.

A large safe from the sacristy was stolen, which fortunately was not believed to contain any cash, but did contain a number of chalices and “sacred vessels”.

Fortunately for the church, FAS workers in the area found the safe this week, hidden under branches at the rear of the church.

Fr McNamara said that safe was definitely too heavy for just two people to lift out of the church and was at a loss to understand how it was moved in the first place. He mused after this recovery that perhaps the burglars hid it nearby with the intention of returning with an implement to break it open.

In any case he said they would have been in for a “big disappointment” as the monies garnered from church collections had been removed and banked prior to the break-in during the early hours of this Tuesday morning.

“It is upsetting for the community, as the people down there take such wonderful pride in their church. The door into the sacristy was broken as well, and everything was thrown around. We were lucky in that neither church, St Lelia’s or St Munchin’s, was broken into before.”

Fr McNamara said they will now be forced to install CCTV cameras and an alarm system to protect the church in the future.

The church is opened most mornings at around 8.30am by a caretaker, who discovered the damage and alerted the priest. It is generally locked at around 12 noon and is not re-opened again unless there is a funeral.

Fingerprints have now been taken from the scene by the forensic bureau.

Gardai attached to Mayorstone are investigating three burglaries in the area in the early hours of this Tuesday morning. Two locked up premises were broken into, one an attempted break in at 2.45am at Kileely Road and another at Sexton Street North at 4.15am. Entry was gained to the premises on Sexton Street North but the culprit or culprits fled when disturbed.

Gardai believe that all three incidents are connected and are appealing to the public for information. Anyone with information can contact gardai at Mayorstone on 061 456980 or 1800 666 111.

Gardai at Mayorstone are also investigating another burglary at Abbey Lock, Corbally between 12 noon and 4.30 pm, on Sunday last. Entry was gained to this house by forcing the lock on a front door. A spate of other burglaries around the city were reported this week.