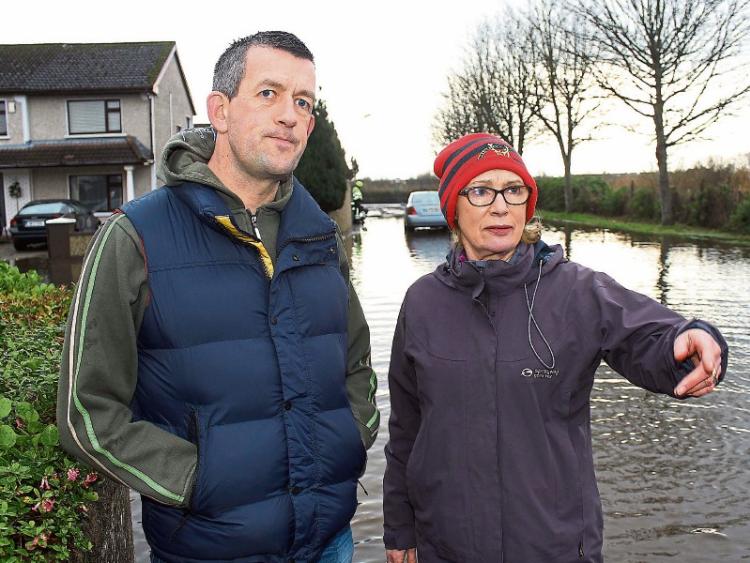 Sinn Fein councillor Maurice Quinlivan pictured with Minister for Education Jan O’Sullivan during the recent floods in Corbally. He is being tipped by the bookies to take her seat in the election

SINN Féin deputy leader Mary Lou McDonald will be in Limerick city this Friday night to launch the general election campaign of councillor Maurice Quinlivan, who is hoping to become to first Sinn Fein TD from Limerick city to be elected to the Dail since 1923.

Cllr Quinlivan's launch will take place at 8.30pm in the Absolute Hotel and members of the public are invited to attend. "There is a lot of positivity, energy and enthusiasm around this campaign,” he told the Limerick Leader.

"We have been out knocking on doors for months now and I have been getting a very warm response, which is encouraging. Ordinary people in Limerick are genuinely angry and fed-up at the way they have been treated by this government.

"They are looking for a TD who will stand up for them. They are crying out for effective representation in the Dáil. People have expressed the view that Fine Gael only look after the wealthy in society and people feel betrayed by the Labour Party. Voters in Limerick now see Sinn Féin as a strong and credible alternative.

He continued: "Our message is resonating in Limerick city. A Sinn Féin government will deliver a fairer recovery, with decent jobs. We would defend and invest in our critical public services. We want a fair and progressive tax system. We would scrap both water charges and the property tax.”