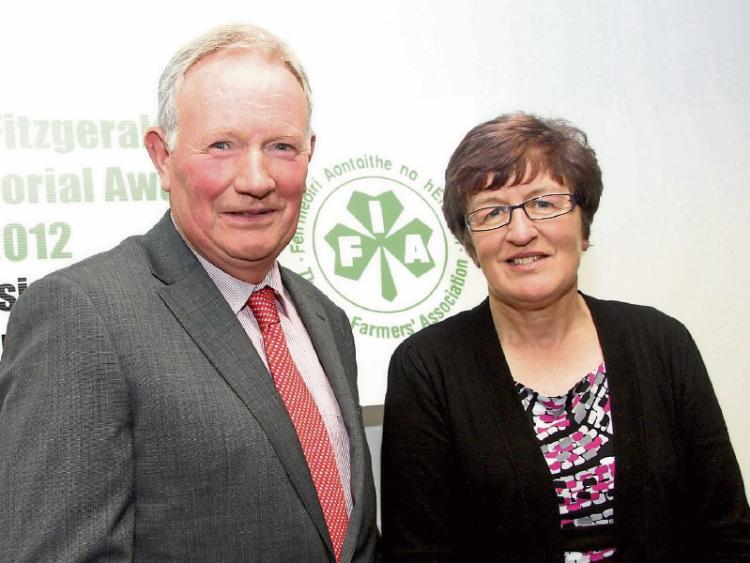 Ready to serve the farmers of Limerick and Ireland: Richard Kennedy with wife Helen

ONE OF THE most highly-respected and experienced IFA men in Limerick is putting his name forward for the role of deputy president.

Richard Kennedy, Clarina, is steeped in the organisation. He is a former county chairman, national dairy chairman and ran for the presidency in 2009.

The question could be asked would the current melee that the IFA finds itself in have been avoided if he was elected. But that is history and this Wednesday morning Mr Kennedy decided to throw his hat in the ring after being asked on Monday.

Last November, he told Farm Leader he was “ashamed” at what was happening in the IFA but said not to “throw the baby out with the bath water”.

This Wednesday Mr Kennedy said: “I am only backing up what I said. You can’t expect  someone else to do it if you are not prepared to do it yourself - that is my philosophy. My only concern in this is the IFA and getting the organisation back. In fairness to all the people who have worked before us we need to put IFA back to where it was.”

The dairy farmer says IFA needs to get over this [pay scandal] as soon as possible.

“I think we are going the right way about it. The elections are very important and we start off with a new mandate, clean the slate and keep going.

“I have been amazed by the number of people who said to me that it needs to be got back strong again. These are people who are not directly involved or are not even members but have seen the value of it. I want to contribute to that if I can,” said Mr Kennedy.

First he has to get County Limerick’s nomination and after that must get the support of five other county chairmen to become a candidate.

“I just feel that the association needs credibility, trust restored and it is only when you have the organisation missing now at the moment that you begin to realise the value of it. It is very important that it is put back as soon as possible and back as strong as ever and if I thought I could contribute to that I would be prepared to do that.

“I am worried about the association - that’s it. I think it is a great organisation, I am passionate about it and I just want to get it back on the road as soon as possible,” concluded Mr Kennedy.