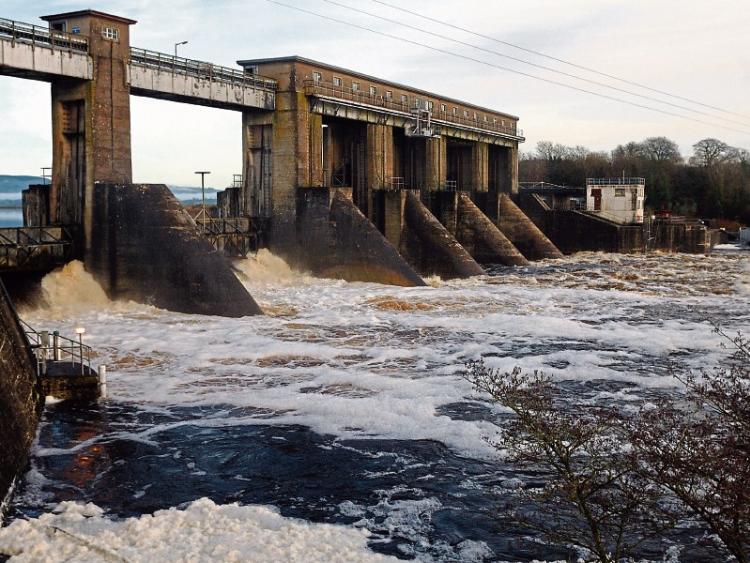 THE respective local authorities in Limerick and Clare have said they are “anticipating” flooding following the ESB’s decision to increase the release of water from Parteen Weir.

The councils have received confirmation from the ESB of its decision to increase the release of water from Weir from 315 cubic meters per second (cumecs) to 375 cumecs as of this Tuesday morning.

That would equate to an increase of 60,000 litres of water per second. It is understood that those figures are likely to increase substantially over the coming 24 hours.

Certain areas of county Limerick and Clare are expected to reach flood levels of 2009 but there is no threat to Limerick city, it is understood.

Limerick City and County Council has said it is anticipating flooding in Castleconnell, Montpelier and the Mountshannon Road in Lisnagry. Council staff are continuing to distribute sandbags in the flood prone areas and are erecting flood defences.

Pumping operations are also scheduled to get underway in Montpelier.

Clare County Council said it was anticipating further flooding of land, roads and potentially property along the banks of the Lower River Shannon in the Springfield area of Clonlara in southeast Clare. Council area staff have also been carrying out sandbagging operations overnight and again this Tuesday morning.

Both councils are warning that floodwaters are likely to increase further during the next two days and that they are continuing to liaise with the ESB, An Garda Síochána and local property owners in the affected areas.

Flooding advice is available on www.flooding.ie. Information iincludes advice on identifying flooding risks, protecting property against flooding, necessary steps to be taken if a property is flooded and accessing and repairing property damaged by flooding.