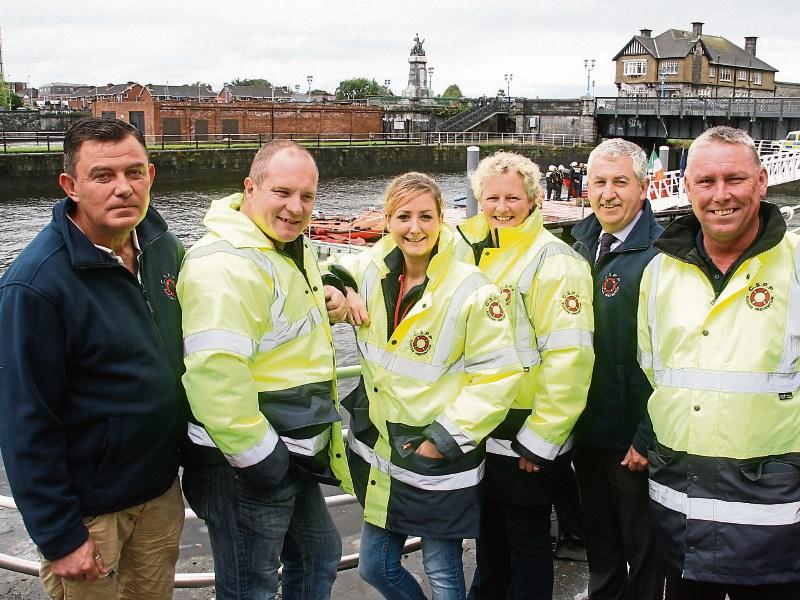 THE CORBETT Suicide Prevention Patrol received top recognition, as its chairperson Mike Mulholland took home a national Volunteer Ireland Award for his dedication to those who are at risk of suicide in Limerick city.

Taking home the Community Award, the chairperson said that he was “absolutely thrilled” for the group to be “recognised and praised.

“We are out four nights a week, and there are only 27 of us there. It’s a lot of commitment from each member, and it’s a lot of dedication. It’s not an easy job, as we get soaked by the rain and we do get cold, but we have a great team altogether.”

Mike was nominated by a woman whom they helped in October 2014. He told the Limerick Leader that “she wanted to be left alone, but that wasn’t going to happen.

“She was in a very distraught place, she was fully intending on taking her own life. She had taken an overdose and she was completely zoned out when we saw her.”

He said that the a lot of the people who volunteer with the group have been affected by suicide in the past, which is “the reason why some of them do it. They have seen, first-hand, the pain and anguish that it can cause”.

“All you can do is talk to them. More often than not, you could be the first person whom they have spoken to in a week or two. And after 15 minutes, we will gain their trust and they will allow us to contact a family member. If that doesn’t happen, we make the choice whether to call the gardaí or the ambulance,” he said.

He added that if he were to be offered €5,000 or five volunteers, he said: “I would take the five volunteers straight away, because it is more feet on the ground.”

“We might take on six, or seven new volunteers and we might lose two or three out of that, because they might be shocked at what they might see. It isn’t for everybody; you have to be very strong-minded. You have to have a good strong background at home, too,” he explained.

Mike wasn’t the only Limerick-based nominee in this year’s awards, which took place at Clontarf Castle on December 2. 12-year-old Lucie Nagle, Kilmallock, who has been involved with various charity projects, such as raising €2,300 for National Day of Hope, was nominated for the International Development award. She was one of three people to be selected.