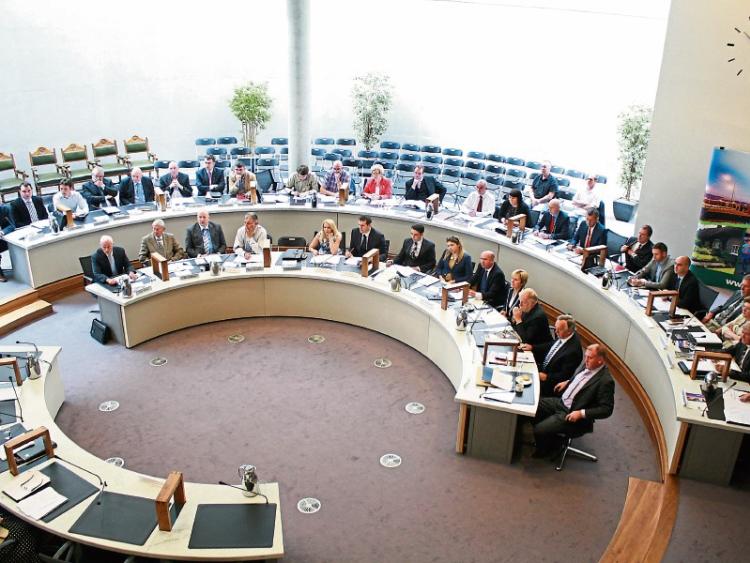 Following several proposals and counter proposals and up to five adjournments, Fianna Fail and Fine Gael proposed an increase in rates of 2.03%, with a rebate scheme of 4% for small and medium businesses.

The sticking point throughout the two days, as well as the reason for most of the shouting and arguing, centred around how to bridge the funding gap of €2.45m caused by a revaluation of rates earlier this year and which became known only last week.

At the eleventh hour last Thursday, the government stepped in with an “exceptional, once-off” compensation package of €1.19m.

But at yesterday’s meeting, Fianna Fail, Sinn Fein and the Anti-Austerity Alliance argued that the government should pay up the shortfall in full.

And a Sinn Fenin motion calling on the government to pay full compensation was agreed unanimously.

“We were told the rates valuation would be budget neutral,” Cllr Shane Clifford (FF) pointed out.

But this clearly had not turned out to be the case.

However, councillors failed in their effort to get a senior member of the Valuation Office to attend a council meeting to explain how Limerick ended up as the worst affected of all the local authorities, losing €1.7m in rates from big utility companies and €750,000 from other businesses following appeals.

Monday’s meeting was then dominated by a series of proposals on how to spend the €1.19m compensation.

Chief executive Conn Murray proposed an increase of 4.5% in rates to bridge the financial gap, but explained that about 90% of businesses would not be adversely affected because the SME support scheme would give them a rebate of 5%.

There were however alternative proposals. Labour’s Cllr Frank Daly proposed that the increase in rates be set at 2.75% and that an additional €291,000 be added to the bin waiver scheme, which would allow other categories, in addition to pensioners and the disabled, could get a waiver.

Cian Prendiville of the Anti-Austerity Allowance agreed with the additional spending proposed by Mr Murray but argued that an additional €500,000 be spent on the €500,000 already set aside for the bin waiver scheme.

This could be financed by an increased rate which would, in practice, only affect the top 121 businesses, he argued, as there would also be an increased rebate scheme for small and medium businesses.

But Fianna Fail and Fine Gael then went into negotiations and agreed a different proposal which was passed by its combined vote.