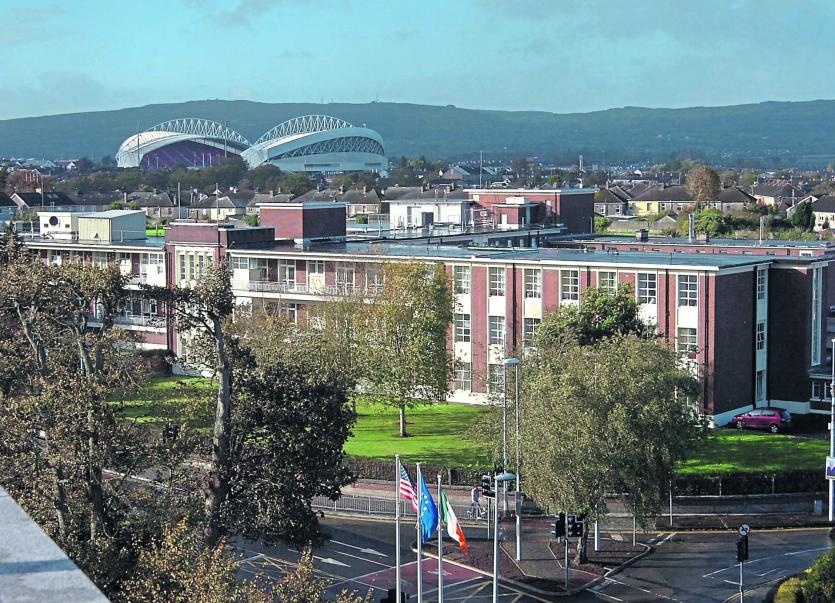 The current hospital was built in 1960

MOTHERS due to give birth at University Maternity Hospital Limerick had to be transferred to either Cork or Dublin due to the hospital's neonatal unit being at full capacity, according to an inspection carried out in late 2018.

The findings come in a report published this Wednesday by the Health Information and Quality Authority, as part of a full review of staffing, safety, training and infrastructure across the country.

The report said the hospital, which is due a €160m relocation to Dooradoyle in the coming years, also suffered from resource deficits, particularly in midwifery and anaesthesiology.

And while the report is generally positive in relation to most areas of care, Hiqa stated that the lack of a blood bank or laboratory service posed as a "patient safety risk" and has been documented on the hospital's high risk register.

The report also found that a consultant on-call at UMHL was also on-call for gynaecology services at University Hospital Limerick.

The inspection, which was carried out in December 2018, found that there was a 20 whole-time equivalent deficit in midwives, around 15% of the total number.

But the hospital's infrastructure and capacity proved to be one of the focal points in Hiqa's criticism.

It stated that the physical environment at UMHL, built in 1960 on the Ennis Road, was not found to be not compliant with national standards.

However, inspectors found that  there was "inadequate storage space for equipment and that space between cots was limited. Inspectors were informed that the unit operated at 100% capacity or over and that during busy periods accommodated up to 27 babies.

"There were 20 babies in the unit on the first day of inspection. There was insufficient space in the unit to meet increased service demands."

A spokesperson for the UL Hospitals Group said that it welcomed the report this Wednesday, and that there were "no significant risks" identified.

"The one area of non-compliance in the report relates to the infrastructure at UMHL. Almost a quarter of a million babies have been born at UMHL since it was built in 1960.

"At that time, it was envisaged the hospital could manage approximately 3,000 births per year whereas in recent years there have been approximately 4,500 deliveries per year. In addition to this significant capacity issue, pregnancy and childbirth has become increasingly complex.

"The relocation of UMHL from its standalone site on the Ennis Road to the UHL campus will be a significant advance for women and babies in the Mid-West. While there is no target commencement date for this vital project, it is committed to in Project Ireland 2040."

It said the co-location of maternity hospitals is internationally established best practice "for very good reasons".

"Co-location of UMHL and UHL will significantly reduce any risks involved in transferring critically ill mothers and babies between the two sites. And the relocation will also generate cost savings for the UL Hospitals Group."

"Achieving better quality is never an accidental outcome. It is the result of careful planning, committed leadership, and a concerned workforce. We have focused on nurturing a culture of quality with patients wellbeing at its core. This has been a resounding success, as evidenced by this HIQA report. We are progressing this quality culture throughout the entire Hospital Group, and are greatly encouraged by the support and enthusiasm for our initiatives," said Dr Imcha.

Pending this major development, the hospital is working on a number of smaller projects, namely the refurbishment of the Neonatal Unit; relocating the Early Pregnancy Assessment Unit away from admissions to a more private area; and the reconfiguration of the Colposcopy Unit to allow for additional treatment space and greater patient privacy.

The spokesperson said that all midwife graduates in 2019 were offered permanent contracts; a clinical pharmacist (0.5 WTE) was appointed to the neonatal unit last year; funding has been secured for ultra-sonography staff; and they are recruiting for anaethetic posts.

"One consulstant anaesthesiologist took up a post in January 2020 while a further two are due to take up posts in Q3 2020. Interviews for further consultant posts are to take place in the coming weeks. It is planned to prioritise additional anaesthesia sessions for UMHL at the earliest opportunity and to reinstate the clinic referred to in the report."