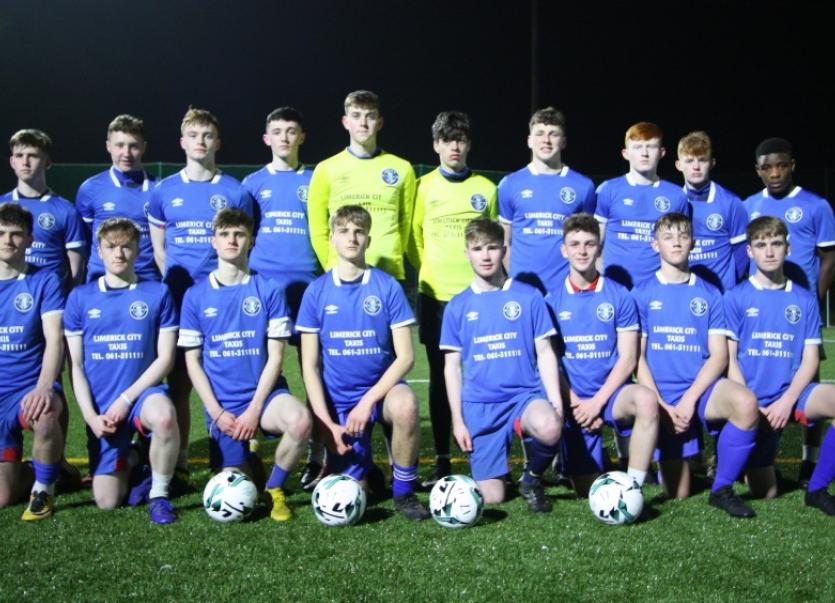 THE Limerick FC U17 team recorded an impressive 5-2 win over Carlow-Kilkenny FC in their SSE Airtricity Under-17 League played at Carlow IT last weekend.

Due to the heavy rain during the week this game was moved from Derdimus Park in Kilkenny to Carlow IT all-weather pitch.

Carlow Kilkenny FC came into the game on the back of a 3-2 win over Waterford FC looking to make it two wins in a row. Limerick FC on the other hand were looking to bounce back quickly from a tough 4-1 loss to Wexford FC.

The first half produced an excellent display of passing football with both teams attacking positively and creating multiple chances. A spell of bad luck for Limerick FC, including an own goal and a mistake, had cost them dearly as Carlow Kilkenny FC took a 2-0 lead after 30 minutes.

To their credit, Limerick FCs players kept their heads up and looked to continue playing football positively. This paid off when a lovely penetrating pass from Adam Fitzpatrick at the back found Brian Aherne in midfield, he turned and hit a terrific shot from outside the box to bring the Blues back to within a goal of their hosts at 2-1.

Just before the half time break Carlow Kilkenny FC had a player sent off for a second yellow card. However, the home side maintained their lead until the break.

The momentum changed in the second half, however, with Limerick FC comfortably taking control and continually attacking Carlow Kilkenny’s defence.

Josh Quinlivan found the equaliser on the 55th minute with a cracking effort from the left hand side. Limerick FC took the lead with twenty minutes to go as Quinlivan doubled his goal scoring tally with a controlled finish at the back post from a corner.

Junior Ankomah produced a fantastic dribble from midfield into the box to win a penalty that was calmly converted by Limerick FC’s Kenny Lee. In the last minute of the game, Conor Keane got on the scoresheet with a neat finish in front of goal to give Limerick FC a 5-2 victory.

Notable mentions on the day to be also made for Limerick FC young players Andri Haxhiaj and Adam Brennan. Andri had a stellar performance in the centre of midfield all game and we are delighted to welcome back Adam in his first appearance after a lengthy illness.

The lads travel to Bishopstown next Saturday, March 23 to face Cork City at 2pm. All support is greatly appreciated.